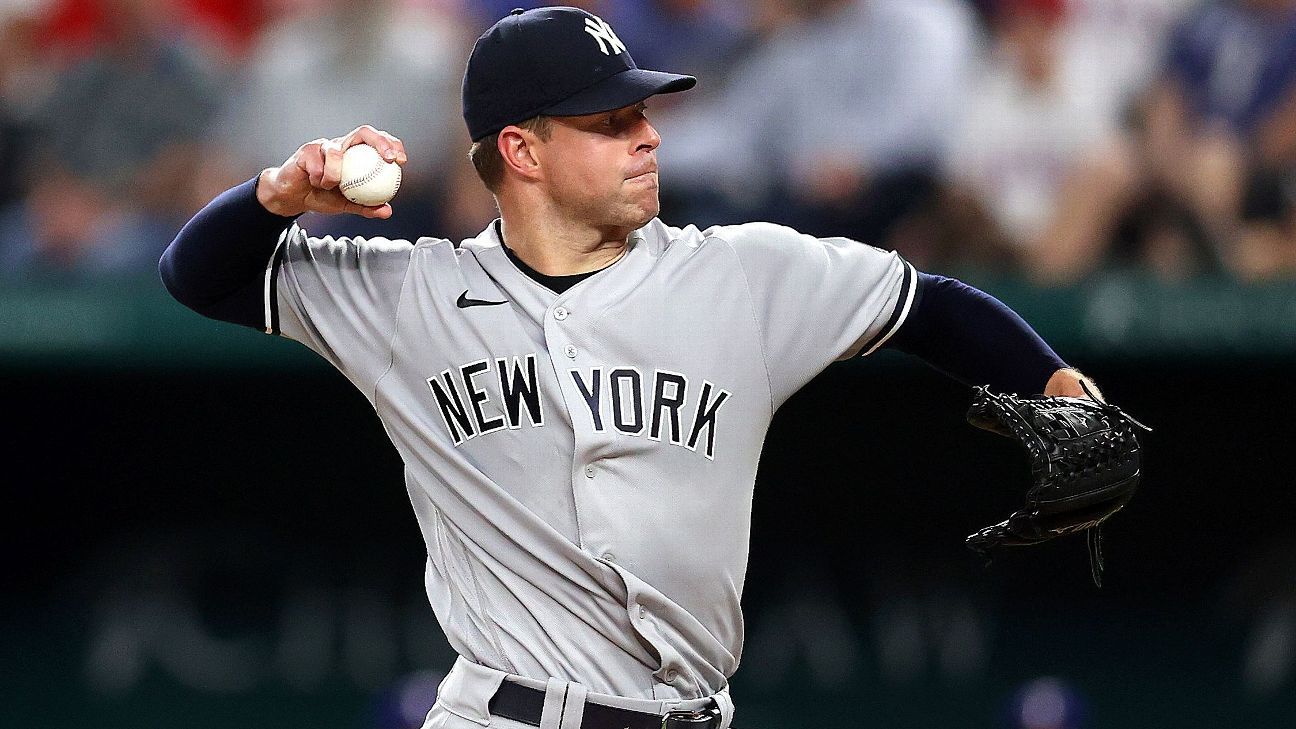 New York Yankees right-hander Corey Kluber threw the sixth no-hitter this season in Major League Baseball on Wednesday night, striking out nine in a 2-0 win against the Texas Rangers.

The 35-year-old’s 101-pitch gem came one night after Detroit Tigers right-hander Spencer Turnbull accomplished the feat against the Seattle Mariners.

It was the Yankees’ first no-hitter since July 18, 1999, when David Cone threw a perfect game against the Montreal Expos.

“It’s all kind of emotions. It’s excitement, obviously, but also relief because it’s over,” Kluber said after the game on YES Network. “We were fortunate in that they hit them right at people.”

On Wednesday night, the only runner for the Rangers was Charlie Culberson, who drew a one-out walk in the third.

“This was a lot of fun,” Kluber told YES Network. “It was a well-played game on both sides, we were able to scratch out a few runs there. And it was fun to be a part of.”

The two-time AL Cy Young winner threw just one inning in his only season with the Rangers in 2020, tearing a muscle in his shoulder during his lone start last July in the third game played in the $1.2 billion stadium. The injury didn’t require surgery but ended his season.

That scoreless inning cost the Rangers nearly $8 million — his prorated pay of $6,851,852 after they got him in a December 2019 trade from Cleveland, and the $1 million buyout of a 2021 club option. Kluber then became a free agent and signed an $11 million, one-year deal with the Yankees.