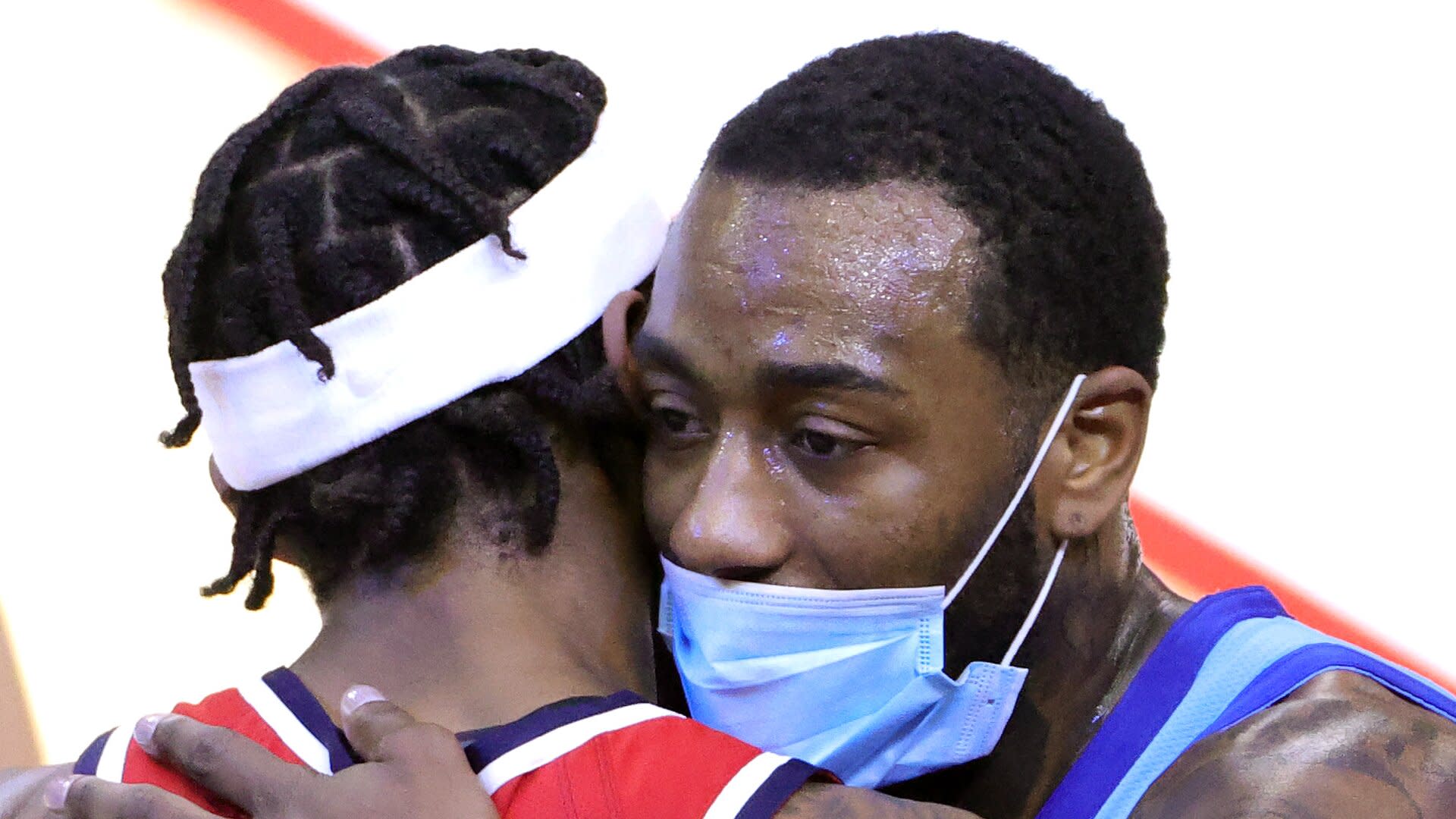 Bradley Beal and John Wall shared an embrace following their very first game playing against each other.

Wall had gotten the best of his former team, going for 24 points and five assists while sparking a 24-9 run in the fourth quarter to seal the game. Beal finished with 33 points but struggled to hit shots consistently and committed a few costly turnovers down the stretch.

The two All-Star guards had a brief conversation before going their separate ways, and Wall revealed what he told his former teammate to reporters shortly after.

“Brad is my brother no matter what,” Wall said. “I told him, keep being himself and keep leading.”

Beal and the Wizards haven’t gotten off to the best start. With their loss Tuesday, they fell to 3-10 on the year and are still dealing with the lasting effects of a coronavirus outbreak that kept them out of game action for nearly two weeks.

The goal at the beginning of the season was to make the playoffs. Right now, the Wizards have a lot of ground to make up to get there and Beal has taken responsibility for their shortcomings.

“We have a tremendous group of guys who have a great work ethic,” Beal said after the game. “I need to stop turning the ball over and close out games.

Wall and Beal won’t have to wait much longer to see each other again. The Wizards are scheduled to play the Rockets on February 15 at 7 p.m., airing on NBC Sports Washington.