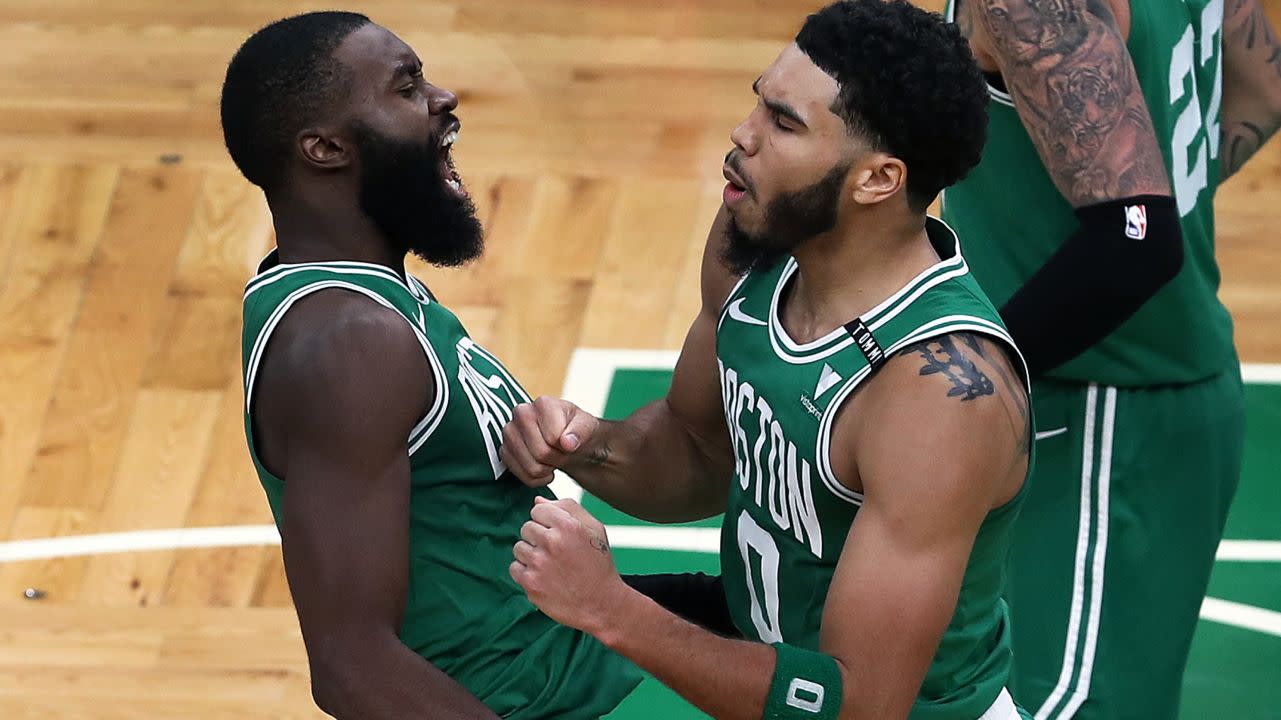 Brown ranks second in the league in scoring with 196 total points, while Tatum is sixth at 170 points. Brown notched his third 30-point game in seven matchups during Sunday afternoon’s win over the Detroit Pistons. He scored 31 points on 13-of-16 shooting. Tatum poured in 24 points.

Brown hit a 3-point shot to put the Celtics up 120-118 with 34 seconds left in the fourth quarter. After the Pistons tied the game with two free throws, Tatum put Boston back ahead on a mid-range jumper with 2.9 seconds remaining, and then he made a tremendous defensive play on Pistons star Blake Griffin to seal the win.

“I want to see how many teams do a good job defending Jaylen Brown and Jayson Tatum. They’re probably two of the most dynamic players I’ve seen in a while, as far as when they have the ball,” Casey said during his postgame press conference.

“It seemed like they made every shot, especially Brown.”

Boston’s dynamic duo is shouldering the load at both ends of the floor, but especially on offense with All-Star point guard Kemba Walker sidelined due to injury.

The leap Brown had made is particularly noteworthy. He’s the early favorite for Most Improved Player, and if he keeps playing at or near his current level, the 24-year-old guard could run away with the award. Tatum was ranked as a top 15 guy in most preseason rankings of the league’s best players. Brown was down in the high 20s or low 30s in the same rankings. He could easily jump into the top 20 by this time next season if this trajectory continues.

Either way, the early performances from Brown and Tatum are very encouraging and paint a bright picture for the franchise’s present and future.