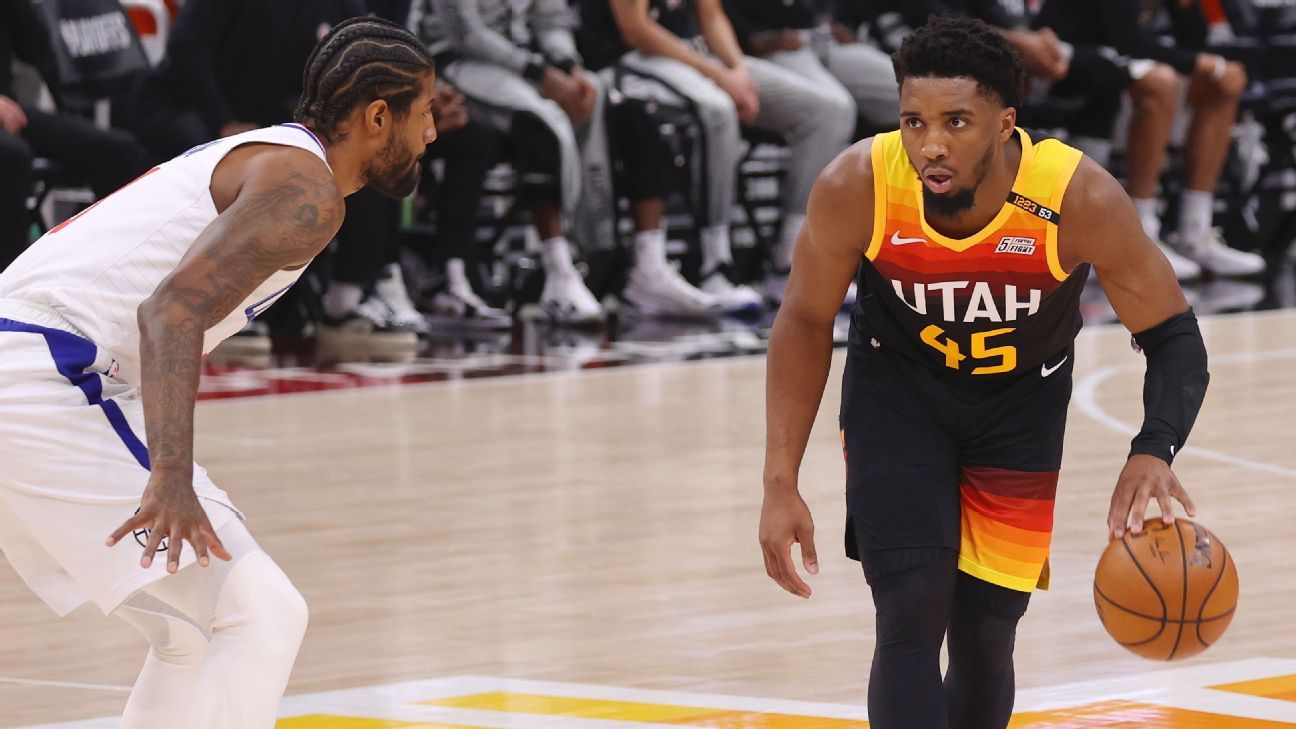 Utah Jazz star Donovan Mitchell writhed in pain on the Vivint Arena court with 12 seconds remaining in Thursday’s Game 2 against the LA Clippers, reaching toward the right ankle that he sprained several weeks ago.

Mitchell got up after several seconds, shot his free throws and finished the 117-111 victory that gave the top-seeded Jazz a 2-0 lead in the Western Conference semifinal series. He limped off the floor after the win, but Mitchell insisted his health is no concern as the series heads to Los Angeles.

“I got hit and it hurt, but I’m fine now,” Mitchell said after his 37-point performance. “I walked in here. If you want me to sprint for you, I can. I’m good. You know, s— happens. Thankfully, it wasn’t bad. Move on and get ready for Game 3.”

Mitchell has been especially prolific against the Clippers, averaging 41.0 points on 52.5% shooting from the floor, while the Jazz opened the series with two home wins despite the absence of fellow All-Star guard Mike Conley Jr. (hamstring).

“He’s just stepping up in a big way,” said Jazz guard Jordan Clarkson, the Sixth Man of the Year who had 24 points on 9-of-15 shooting in Game 2. “He’s been a real superstar, MVP-caliber player, All-NBA type of guy. That’s his job, and that’s what he does.”

After scoring 32 of his 45 points in the second half of Game 1, Mitchell torched the Clippers right after the opening tip Thursday. He had 10 points in the first 3 minutes, 14 seconds, as the Jazz made the Clippers pay for going back to their big starting lineup by attacking center Ivica Zubac in the pick-and-roll. Mitchell finished the half with 27 points.

After Utah’s lead ballooned to 21 points in the third quarter, Clippers coach Tyronn Lue found a way to disrupt Mitchell’s rhythm, going to a zone defense that cooled off the Jazz and allowed LA to get back in the game.

“I think we got a bit stagnant in it, kind of looking at Donovan to make a play each time,” said Jazz forward Joe Ingles, who had 19 points on 7-of-10 shooting.

Mitchell played a supporting role as the Jazz closed out the Clippers, who rallied to take the lead after Reggie Jackson hit back-to-back 3s midway through the fourth quarter. Ingles starred down the stretch, driving for a scoop shot that he banked high off the glass to tie it up on the next possession and then dishing out two assists and hitting the dagger 3 during the win-sealing 9-0 run.