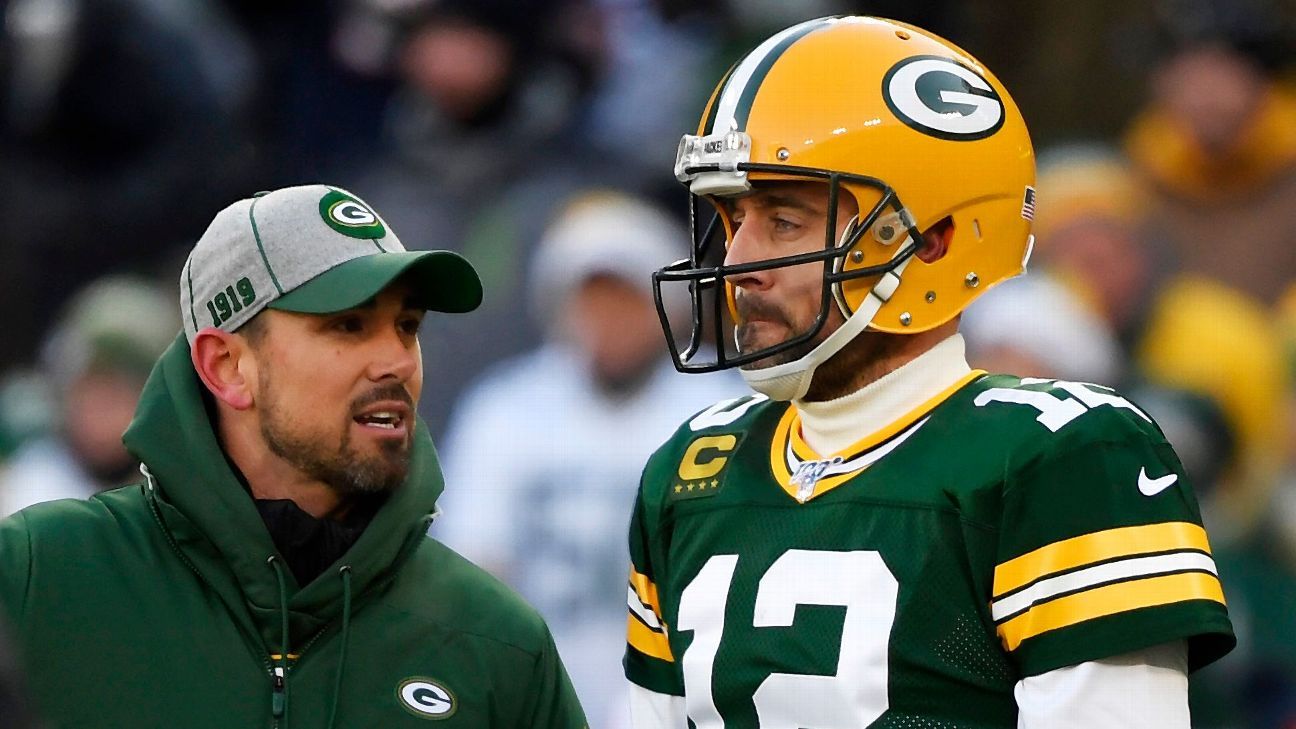 GREEN BAY, Wis. — Count Matt LaFleur among the many who watched his quarterback Monday night in Kenny Mayne’s final SportsCenter, but it didn’t change anything in the mind of the Green Bay Packers’ coach.

Rodgers wasn’t in the building — or on the practice field — for either of the first two OTA sessions that began this week, and LaFleur tried to keep the focus on the players who were. In all, 79 of 89 players on the roster were in attendance Tuesday during the first session that was open to the media.

Veteran safety Adrian Amos — one of three players the Packers made available for questions Tuesday, along with Kenny Clark and Aaron Jones — said, unlike his coach, that he did not watch Rodgers’ first interview on the subject since the news of the quarterback’s standoff with the team broke in April.

However, he believes there’s still a chance Rodgers could return.

That made it perhaps more difficult for Jordan Love, who handled the No. 1 quarterback duties. Without Rodgers and recently signed Blake Bortles, who was present but not practicing, Love and Kurt Benkert split the quarterback repetitions. However, Love received the bulk of them in 7-on-7 drills and in a brief 11-on-11 period that was conducted at half-speed.

Unofficially, Love completed 14 of 20 passes in the only competitive periods (which were 7-on-7 without a pass rush). He often went through his progressions before throwing and went deep only once — overthrowing Reggie Begelton. During an individual period, he hit tight end Robert Tonyan for a 35-yard completion down the seam and generally seemed to have more zip on his passes.

“You can tell he put some work in this offseason on his own,” LaFleur said. “I think the ball is really jumping out of his hands well right now. You know, it’s Day 2 of OTAs, and all we’ve really done is thrown routes on air. We had some 7-on-7, but you guys could see the team periods, they’re not full speed. We’re excited about some of the progress we’ve seen with him, but certainly there’s a long way to go there.”