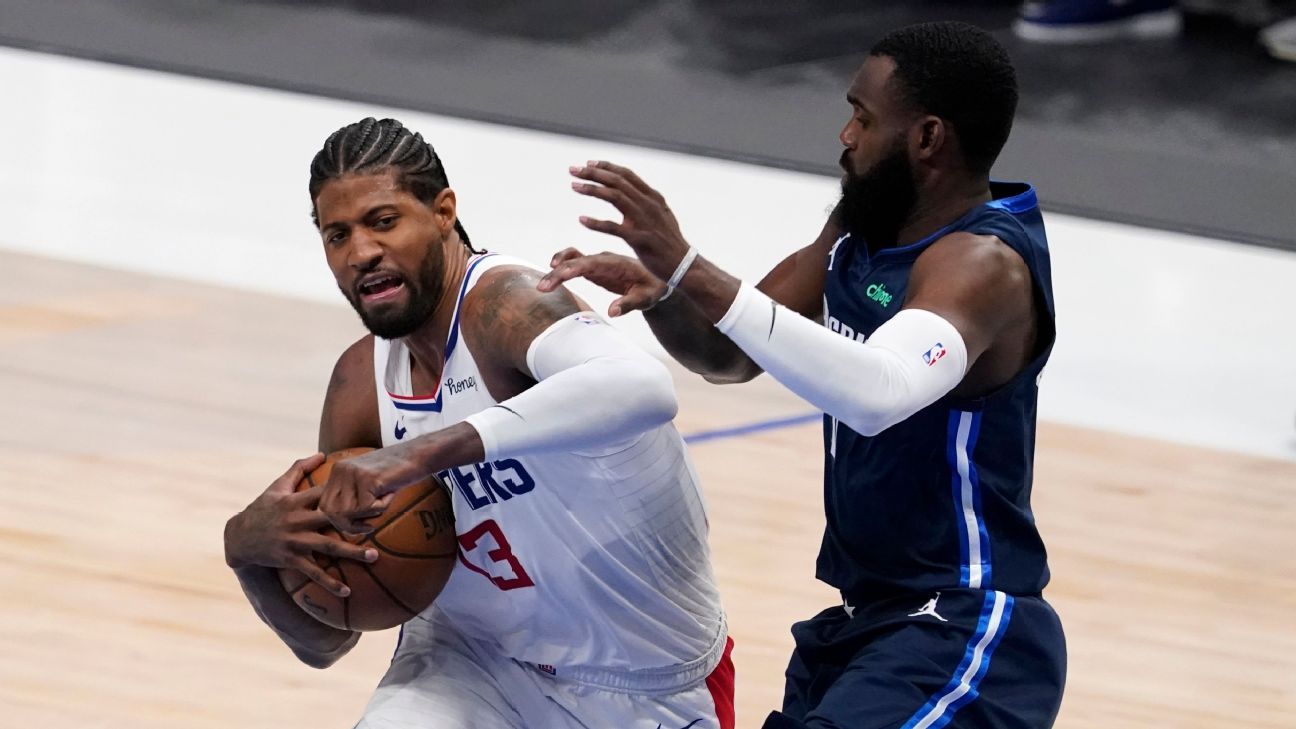 Down 30-11 just minutes into Game 3 before the biggest and most hostile crowd they’ve faced all season, the LA Clippers responded Friday night with a performance that might have saved their season.

After head coach Ty Lue said they would show what they’re made of in a must-win game, the visiting Clippers overcame another monster night from Dallas Mavericks star Luka Doncic with perhaps the best combined effort they’ve received from Kawhi Leonard and Paul George with all that was at stake.

Leonard and George combined to score 65 points in a 118-108 win over the Mavericks in front of a raucous 17,705 fans at American Airlines Center, cutting Dallas’ first-round series lead to 2-1.

Reggie Jackson into the starting lineup in place of Patrick Beverley, the Clippers trailed 30-11 with 4 minutes, 38 seconds left as Doncic scored 11 points in the first quarter. The Mavericks’ star — who finished with 44 points, nine assists and nine rebounds — continued to torch the Clippers’ defense, especially on switches onto big man Ivica Zubac.

But the Clippers went to a small lineup, and their offense took off. They outscored the Mavericks 52-31 the rest of the first half, including a 20-4 run in the first quarter.

The Mavericks could not stop Leonard for the second straight game. After scoring 41 points in Game 2, Leonard made 11 of his first 12 shots before finishing with 36 points and eight rebounds. He made 13 of 17 shots in Game 3 and joined LaMarcus Aldridge as the only players with 35 points on 67% field goal shooting in consecutive playoff games in the shot-clock era (since 1955), according to data from ESPN Stats & Information.

With George carrying the Clippers in the first half and Leonard scoring from his spots, the duo halted the Clippers’ five-game losing streak in the postseason dating to last year.

Entering Game 3, Lue said that everyone would see what the Clippers were made of with their backs up against the wall. Lue simplified the defense to help limit the breakdowns and communication issues. And even though the Clippers didn’t have Serge Ibaka (back), they played their best defense of the series by getting enough stops to win.

On Friday, the Clippers held Tim Hardaway Jr. to 12 points and 4-for-14 shooting. They also outscored the Mavericks 46-24 in the paint, which was a major point of emphasis for the Clippers.

Now they’re back in this series and have a chance to even the best-of-seven series at 2-2 in Game 4 on Sunday and take home-court advantage back to L.A.

“Obviously, backs against the wall,” point guard Rajon Rondo said of the Clippers showing veteran poise and their playoff experience. “Champions respond. We can’t crown ourselves too early, but understand to have that mindset that when things get wrong, we got to fight, and tonight we stuck to the fight, down 19. I think that’s one of the biggest obstacles in the playoffs.

“We haven’t done anything special though. We won one game, and we’ll watch the film tomorrow and see how we can come out better on Sunday and hopefully have the same type of outcome.”