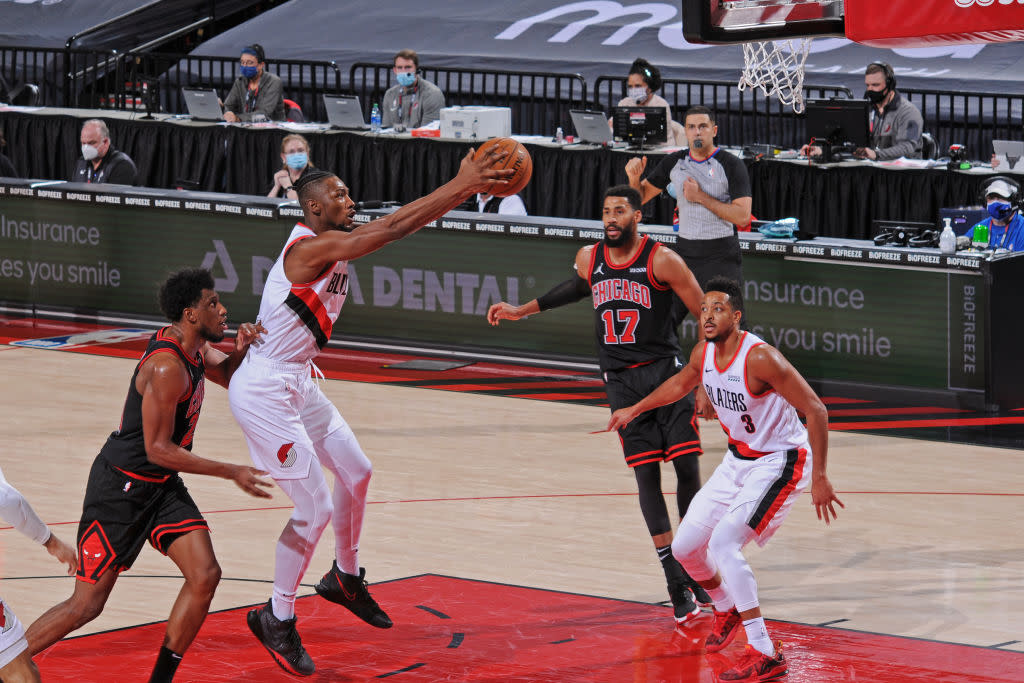 But after the Trail Blazers (3-4) became the first NBA team this season to blow a 20-point lead following a 118-108 loss to the Chicago Bulls on Tuesday, fans are left scratching their heads. What the heck happened?

Losses like these can be troubling for a team who hopes to find themselves in the thick of the wild West playoff picture come spring. But Giles doesn’t think it’s time to hit the panic button just yet, and he knows exactly what Portland needs to do.

“I think we just got to get consistent,” Giles said Wednesday in an exclusive interview with NBCSNW Trail Blazers Insider Dwight Jaynes. “It’s tough. This league’s tough. It’s a weird year, not to make any excuses. I think we can’t let up in certain quarters, especially when we have either a good lead or if we’re down. You know because sometimes you aren’t as down as you think, but you’re never as up as you think either. You just have to keep that constant pressure. I think sometimes we ain’t, maybe last night we didn’t keep our foot on their neck like we were supposed to. Kind of got a little bit comfortable, and that’s something we’ve been doing a little bit.”

Giles echoed the sentiments of leader Damian Lillard, who after Wednesday’s embarrassing loss admitted his team’s energy level shifted in the second half, enabling the game to slip away.

“Tonight, we came out and we basically flipped what we usually do—we started the game really well, really sharp, and part of that is when we are making shots, it’s easier to be up and active on the defensive end of the floor,” Lillard explained. “In the second half, when the shots stopped falling, I think (Stotts) is right, that our energy did drop some, our activity level dropped, and we started to get outworked.”

Giles believes having several newcomers has contributed to the Trail Blazers early-season struggles. Take Giles himself, who was signed on Nov. 22 and suited up with his new team for the first time just three weeks later on Dec. 11. That inevitable feeling out period went by lightning fast.

While the Trail Blazers take a deep dive into the intricate details needed to fix their early-season woes, Giles hopes to be a catalyst in the team’s turnaround. The 22-year-old spark plug hopes to bring the juice and enthusiasm when his number is called.

“I have a huge sense for that,” Giles said of his energy. “When I was in Sacramento, like I said they called me the energy guy which I knew when I came in, I knew what I needed to do. It’s always, regardless of what team I’m on, and I just sense that in a game. I know that’s something I bring. When I go in, regardless if there’s already energy, I want to bring more. Just that grit and that mode of seeing somebody go out there and just come in the game and get straight to it like that. Doing all the dirty work and just getting us going.”

Portland is still getting accustomed to its new-look squad and that’s OK, but how long it takes for that chemistry to sink in will determine just how ready this team is to meet championship-sized expectations. In the West, there’s not a lot of room for error, but Giles knows adversity is intrinsic in finding success.

“It’s early,” Giles said. “Not every team is looking great either, and not saying we’re looking bad, we’ve got a lot of room to get better and we will. It just takes time.”