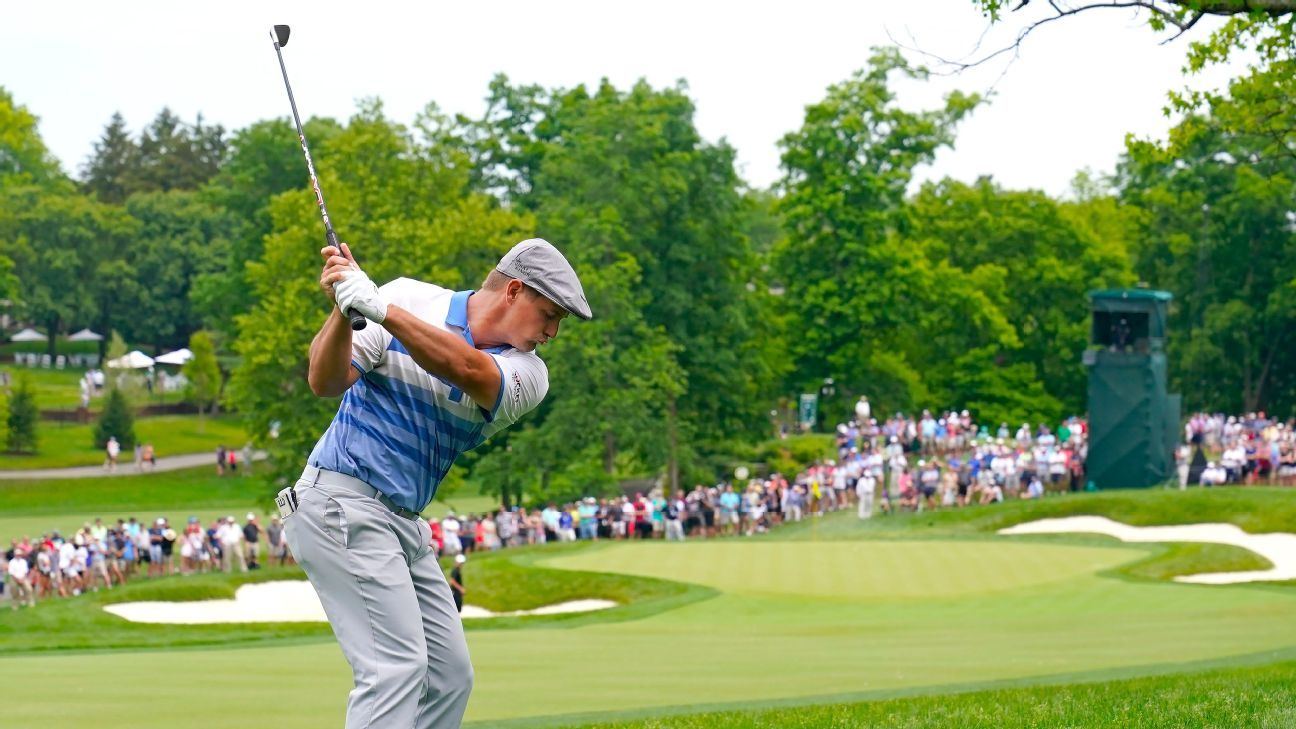 The reigning U.S. Open champion was hit with numerous cries of “Go Brooks,” or “Brooksie” throughout the long day that saw him play 33 holes due to the suspended first round, most of the comments stemming from an interview of Koepka at the PGA Championship that was leaked last month.

“Oh, they weren’t taunts at all, it was flattering,” DeChambeau said after shooting even-par 72 in the second round. “I think it’s absolutely flattering what they’re doing. They can keep calling me that all day if they want to, I’ve got no issue with it. When you look at it, to most people it’s they think it’s a distraction, but I grew up learning how to deal with that stuff and I honestly thought it was flattering.”

Rory [McIlroy] and numerous others. So that isn’t a one-off thing. It’s just the way he deals with stuff and I’m totally fine with it.”

McIlroy said he texted Koepka “when it all came out and I said, ‘I don’t care what happens to me for the rest of the week, this has made my week, this is like the best thing ever. Like it’s fine, I think it’s good for guys to show personality.”’

The issues at the course on Friday made their way to social media. In one instance, a Twitter poster suggested facetiously that it is people’s right to taunt as they please. Koepka retweeted it.

Koepka later tweeted a video in which he referred to what happened at the Memorial.

“What’s up guys, it’s Brooksie,” he said in part of the video. “Just wanted to say, ‘Hey, thank you guys for the support.’ I heard a bunch of you were shouting my name at the golf tournament today. I know I’m not playing, but thank you for showing support.”

Jordan Spieth, who played with DeChambeau and Patrick Cantlay, said it was impossible not to hear the comments directed at DeChambeau.

“I hear a lot of stuff,” Spieth said. “I’ve had people tell me I suck to my face for a long time, so you just kind of zone everything out. But certainly, any bad hole, someone was yelling it and then any good hole people were yelling, ‘Go, Bryson’ almost louder. It was like a pseudo rivalry and he’s [Koepka] not even here.

“He mentioned it to me at one point and I said, ‘All anyone wants is a reaction and you give it to them, then it’s going to get worse.’ So it didn’t seem to bother him. As far as pairings go, if you’re paired with Patrick [Reed], you hear some of the worst stuff from the crowd.

“The whole thing was interesting last week for sure.”