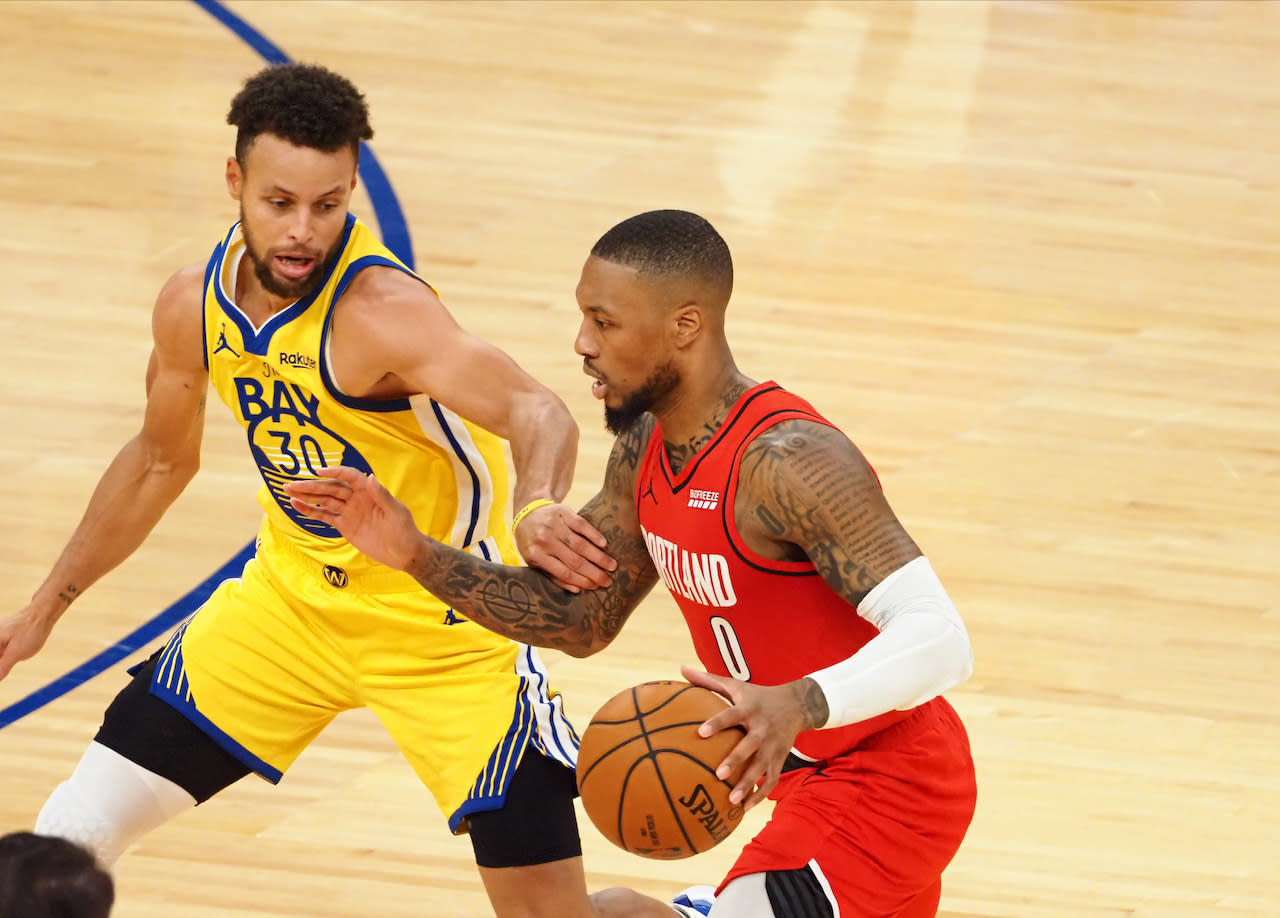 The great debate of who is the better point guard is ongoing.

But for former Trail Blazers wing Kent Bazemore, who is now playing for the Warriors once again, he has witnessed a lot of their greatness firsthand.

To be teammates with Lillard, even if it was short-lived, meant Bazemore was playing alongside the Trail Blazers five-time All-Star when Lillard dropped a 60-piece against Brooklyn last November. In that game, Lillard didn’t get much help as Portland lost at home, but the Blazers PG was on another level.

Plus, Bazemore was technically still a Trail Blazer on Jan. 20, 2020 when Lillard scored 61 against Golden State. Bazemore didn’t play in that game because the trade between Portland and Sacramento for Bazemore and Anthony Tolliver had been reported at that time. But we know he remembers that one.

Since Bazemore arrived in the summer of 2019 in a trade for Evan Turner, he spoke highly of Lillard and the opportunity to play with such a skilled PG.

Bazemore now has a front-row seat to Curry’s scoring flurries this season.

And after lacing it up Sunday when the Warriors two-time MVP exploded for a career-high 62 points in Golden State’s win over Portland, Bazemore put it all into perspective on his Twitter:

Imma tell my son how I got the chance to play with both these dudes!

Looking ahead, many years from now, who wants to bet that when people reflect on this time in NBA history and compare Lillard and Curry’s games, Bazemore will be a go-to for commentary and analysis on the two exceptional point guards!?

I’d say that’s very likely. And once again, Bazemore will put it all in perspective for the younger NBA generation.