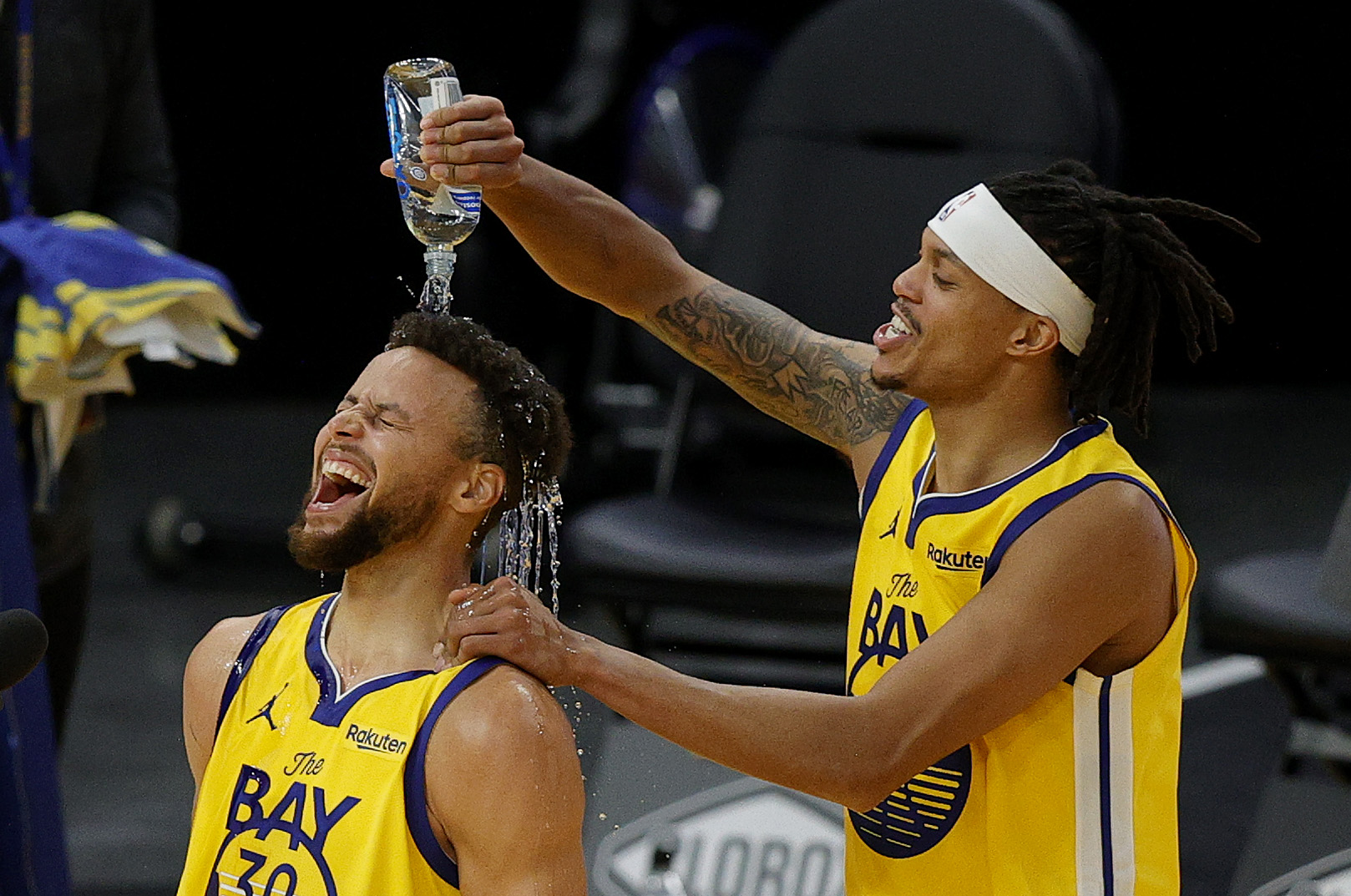 Steph Curry is back.

He delivered that message loud and clear on Sunday night.

Curry, who missed nearly all of last season with a broken hand, put up a career-high 62 points while leading the Golden State Warriors past the Portland Trail Blazers 137-122 at the Chase Center.

Though it’s still early, Curry now holds the title for the highest-scoring game in the league this season.

“It was just a brilliant performance,” Warriors coach Steve Kerr said after the game, via ESPN’s Nick Friedell. “It’s just a privilege to coach him. It really is. … What a performance tonight.”

Curry didn’t waste any time getting going, either.

The two-time MVP put up 21 of his 62 points in the opening quarter while shooting an impressive 7-of-11 from the field.

“Steph has the tendency at times to f— around with the basketball. There was no f—ing around [tonight],” Warriors forward Draymond Green said, via The Athletic’s Anthony Slater. “He came out and everything was shot or attack.”

He added 10 more by halftime, and was responsible for nearly all of Golden State’s offense. No teammate had more than six points when they went into the locker room with a 12-point lead.

Curry, after adding 14 points in the third, hit the 50-point mark with time to spare in the fourth quarter, hitting a mid-range jumper with Gary Trent right on his back.

Then, after hitting six free throws to secure the career high, Curry took off. He drilled back-to-back 3-point buckets — including a wild shot that sent him sprawling to the floor — in the final seconds to solidify his 62-point night and make the Warriors’ 15-point win official.

Curry finished 18-of-31 from the field and went 8-of-16 from behind the arc in his 36 minutes during the win. He had 31 points in each half, too, which made him the first player to score at least 30 points in both halves since Kobe Bryant did so in 2005.

He did, though, miss a free throw in the first quarter and snap his franchise-record free throw streak — which had reached 80 and started last March. Curry finished 18-of-19 from the stripe, another career high.

Andrew Wiggins added 21 points for the Warriors, who never trailed after the early minutes in the second quarter, and Kelly Oubre Jr. finished with 17. Damian Lillard led Portland with 32 points in the loss, and CJ McCollum ended with 28 points and nine rebounds.

“You try to just continue to stay humble and stay in the moment. That’s the best way to approach it,” Curry said on NBC Sports after the game. “It doesn’t help when your teammates are yelling at you every dead ball how many points you got. But other than that, it’s just don’t do anything differently. Just keep being aggressive, being decisive and good things happen.”