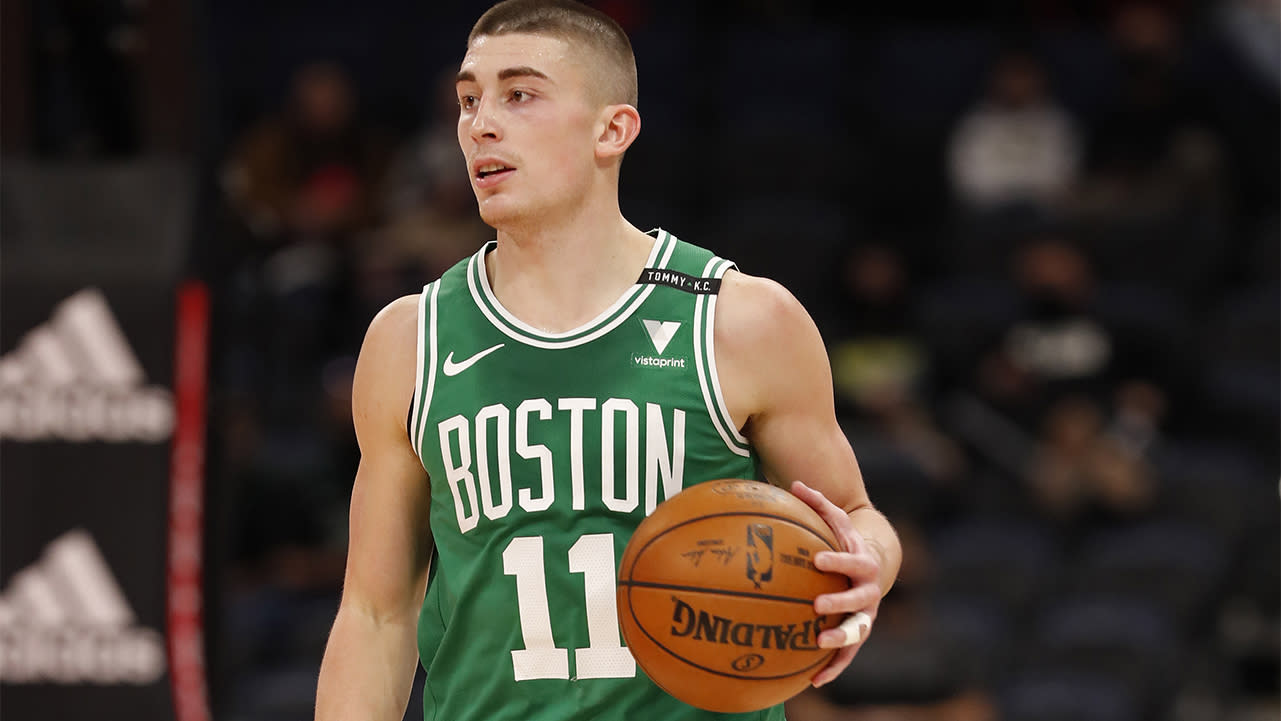 The Celtics rookie is off to a strong NBA start and has looked comfortable playing significant minutes for Boston. On Monday night, though, Pritchard raised his game to a level we haven’t seen from a C’s rookie this early in his career in a long time.

Pritchard dropped 23 points on 8-of-13 shooting off the bench with eight assists in the Celtics’ 126-114 win over the Toronto Raptors.

C’s-Raptors Overreactions: Pritchard has earned the chance to start

The last C’s rookie to post 23-plus points and eight-plus assists in one of his first 42 games? Some guy named Larry Bird.

If you zoom out to the full rookie season, Pritchard is the first Celtics rookie to put up 23 and eight in a game since Antoine Walker in 1997.

He’s the first Celtics rookie to produce 23+ points and 8+ assists in a single game since Antoine Walker on April 18, 1997

That’s impressive company for Pritchard to keep, but the No. 26 overall pick also is thriving among his contemporaries. Pritchard’s 23 points Monday night were the most by a rookie this season, and the 22-year-old now ranks fourth among NBA rookies in total points scored with 69.

The three players ahead of him? The top three picks in the draft: Anthony Edwards (82 points), LaMelo Ball (81) and James Wiseman (80).

Perhaps the most encouraging Pritchard stats for C’s fans, however, is that he leads all rookies with 185 minutes played. The Oregon product has earned Brad Stevens’ trust as a primary ball-handler on Boston’s second unit, and with Marcus Smart and Jeff Teague both sidelined Monday, Pritchard made the most of his season-high 32 minutes played.

Jaylen Brown did his best to keep Pritchard humble Monday by posting an incredibl(y embarassing) video of the rookie’s dance moves. But Pritchard kicked his hype train into high gear Monday night as he continues to look like the steal of the 2020 NBA Draft.