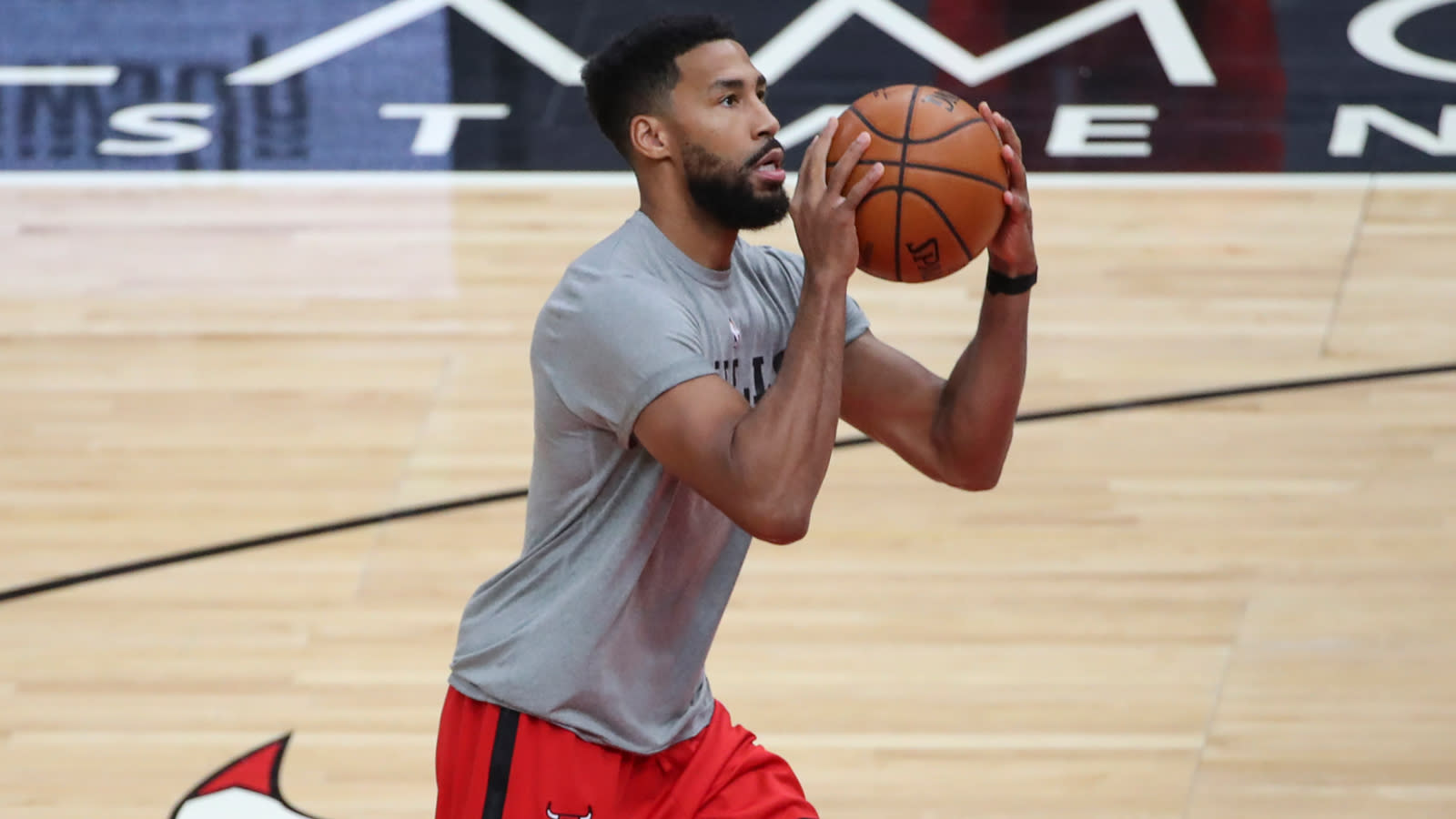 The Bulls know well the perils of playing out the 2020-21 NBA season amid the COVID-19 pandemic.

Already, the team has confirmed four positive tests by players since the start of training camp: Garrett Temple, Noah Vonleh (since waived), Chandler Hutchison and Tomáš Satoranský. They’re currently without Hutchison and Satoranský, along with Lauri Markkanen and Ryan Arcidiacono because of league protocols related to close contact, as they begin a four-game West Coast road swing against the Trail Blazers in Portland tonight.

It’s the Bulls’ second foray out of Chicago of the young regular season, third dating back to preseason play. After Tuesday morning shootaround, Temple, who weeks ago said his positive test likely derived from a Thanksgiving family gathering and that he experienced symptoms, preached an abundance of caution.

“Definitely concerns, especially after what we went through in Washington (D.C.),” Temple said of staying safe while traveling.

And of making sure teammates remain diligent: “The way to hold guys accountable, you know how it is in a locker room, you just bring things up that you may see or things that guys may be talking about doing on a road trip, and you like, ‘You may not wanna do that, fellas. It’s COVID times. You gotta wait till somebody get the vaccine or next year,'” he added. “We need to focus on this four-game road trip, we’ve got a back-to-back — C.J. (McCollum) and Dame (Lillard) tonight, Buddy (Hield) and De’Aaron  (Fox) tomorrow. Just letting guys know that way.”

That’s not to say the Bulls’ protocol-related absences are necessarily indicative of recklessness. The virus doesn’t discriminate. You can do everything right and contract it. Treating close-contact situations overly-carefully is both morally and practically prudent.

Head coach Billy Donovan addressed the Bulls’ level of compliance with league guidelines — and the challenges of the season — before Sunday’s victory over the Dallas Mavericks in Chicago.

“I think our guys have been really pretty compliant. If there has been anything they’ve been able to do on these road trips, it’s all been league approved as it relates to restaurants or going somewhere,” Donovan said.  “The thing that I cannot speak to is we just finished up the holiday season. I think for our guys, all of them have been very, very conscientious. A lot of times it could be coming from family or coming from outside or people getting together. Some of these guys have kids. Some of these kids, maybe some schools are open or some schools are closed. There are a lot of different ways. But I don’t think our guys are being irresponsible in terms of going out and putting themselves in harm’s way.

“If there’s anything, could it be surrounding around loved ones? Possibly. I don’t know that to be true. But I think as it relates to our guys and what they’ve been doing in terms of trying to take care of themselves, they’ve been doing it. They had a team meal in Washington (D.C.) as a group. It was outside. It was all league approved at a restaurant the league approved. So we’re following all the protocols. But obviously here in the state of Illinois and certainly in Chicago, it has been hit pretty hard as a lot of other states around the country. But I think our guys have been really, really responsible so far.”

As of last update, Satoranský, Markkanen and Arcidiacono were quarantining in Chicago, while Hutchison remained in D.C. Donovan sounded doubtful any would return to the team before the end of the road trip.

Temple’s approach, and advice to his teammates, is to focus on the granular.

“You can’t tell a grown man what to do, obviously. But, for example, getting on the bus, me and Denzel (Valentine) were getting on the bus, and I was like ‘Let me get some of this hand sanitizer while I’m walking into the bus.’ Denzel was like, ‘You right, let me get some too,'” Temple said. “Just doing things like that, going and washing your hands before shootaround, which everybody should be doing anyway. After shootaround, eat your food, things like that that you just do to make sure, to show people because it’s just a new world out here. And be conscious about the things that you’re doing to try to prevent the spread of the virus.

Indeed, the road experience is much different in the new world Temple describes. Most arenas don’t house fans. Extracurricular activities are limited. The focus, especially away from families at home, is solely on basketball, which Temple said has contributed to a lack of perceived homecourt advantage leaguewide.

“There’s no restaurants you’re going to eat at anymore, you’re not going to have a nightcap after the game or nothing like that. You’re just focusing on basketball,” Temple said. “So we may see more road wins this year than we ever have in general.”

The Bulls will look to nab a couple on a tough swing of contests beginning Tuesday. First up, the Trail Blazers. Then, at the Sacramento Kings, Los Angeles Lakers and Clippers, respectively, before returning to Chicago.