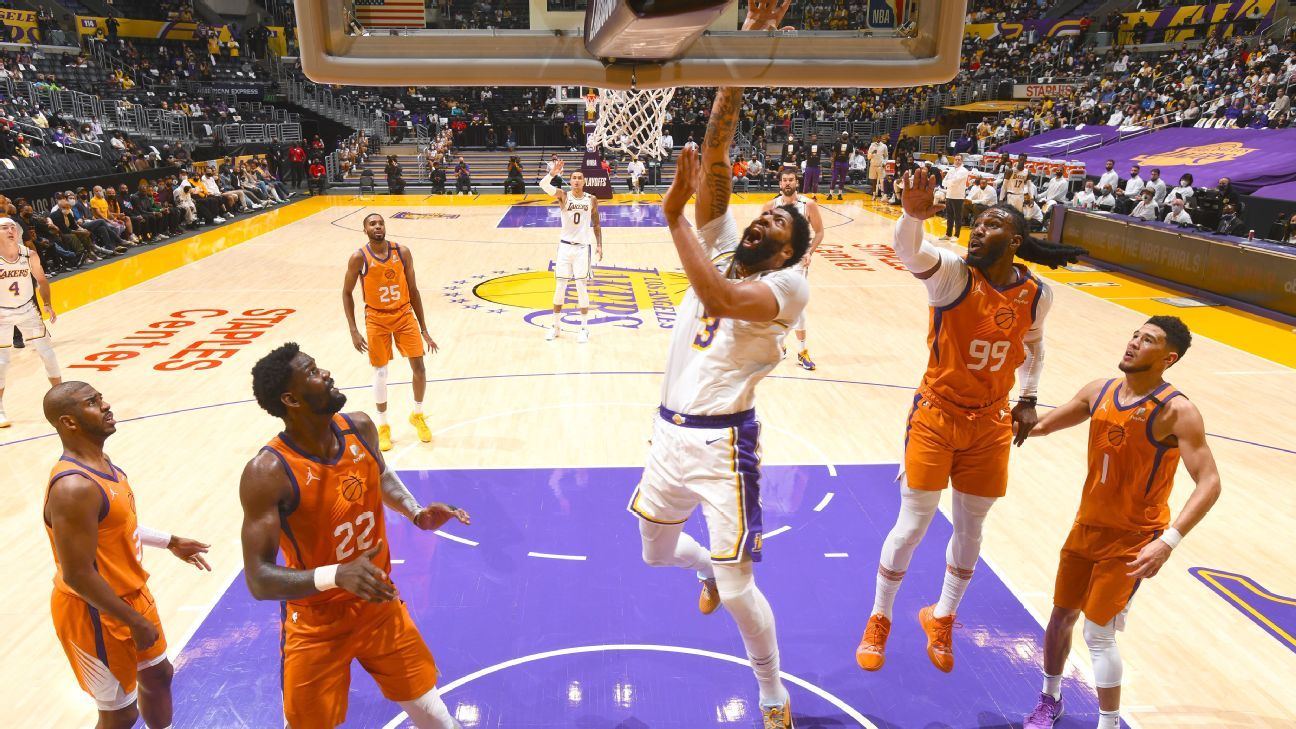 LOS ANGELES — Anthony Davis missed the second half of the Lakers’ 100-92 loss to the Suns on Sunday with a strained left groin.

Davis missed a layup inside the final minute of the second quarter and collapsed to the floor after landing. He was slow to get up, clutching at his groin area while play continued on the other end of the court, and did not return to the game after halftime.

Lakers coach Frank Vogel said after the game that Davis is undergoing further evaluation and that “we’ll have more information tomorrow.”

“You know, he’s one of the best players in the world, so you have to adjust,” Vogel said. “And I thought we gave great effort trying to overcome that loss, but it certainly wasn’t enough.”

Kyle Kuzma started the third quarter in Davis’ place and finished with 11 points on 4-for-11 shooting.

The Lakers also played without Kentavious Caldwell-Pope, who was ruled out prior to the contest.