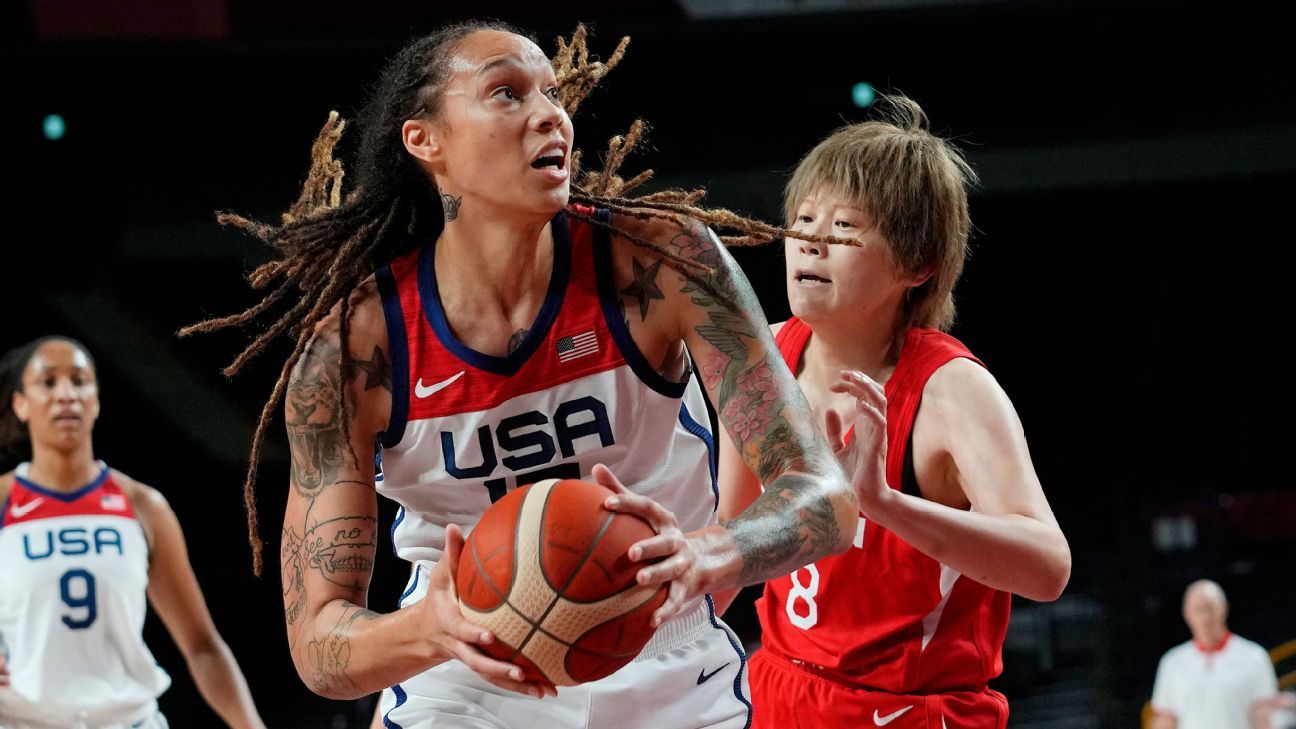 SAITAMA, Japan — The Japanese women’s basketball team put together a smart and efficient game plan, ran it to such perfection that instructional videos could be made from the edits and showed off a roster where everyone could shoot, dribble and pass.

It was a brilliant display of basketball. And it was no match for Team USA.

This is the state of play and has been for decades now as the Americans claimed their seventh consecutive gold medal in a 90-75 victory Sunday at the Tokyo Olympics. It was their 55th consecutive Olympic win.

Two of the women who built and grew that dynasty, Sue Bird and Diana Taurasi, put their hands on their fifth golds, the first international basketball players ever to achieve that feat.

“It’s been a tremendous journey,” Taurasi said. “It’s 20 years of sacrifice, of putting everything else aside and just wanting to win. It’s never easy playing on this team, the pressure, but this group found a way to win, and I am just happy that this group got to enjoy it.”

That’s an impeccable tour of Athens, Beijing, London, Rio de Janeiro and now Tokyo as they showed off a global desire for winning and longevity that has defined the program. Playing in their final game with the national team, Bird and Taurasi made the first two baskets and then symbolically handed it off to the younger generation to carry it home.

Brittney Griner capped off a memorable Olympic run with her best game in Tokyo, putting up 30 points on 14-on-18 shooting, to lead the offensive attack. It was the most points ever in a gold medal game for an American, besting Lisa Leslie’s record of 29. But the young star was more thrilled she helped Bird and Taurasi get their fifth.

“Anyone who knows me and knows [Taurasi] knows how much I look up to her,” Griner said. “Even on the court I am still in awe. Like, yo, I get to play with Diana Taurasi. So to be a part of this, her fifth, it means everything to me honestly.”

The Japanese have a balanced attack, with every player a capable 3-point shooter. They came in averaging 13 3-pointers a game on 41% shooting, numbers that any team in the world would envy. They spread the floor, move, back-cut and pass their way to open shots with a fundamental genius.

The combination of the veteran guards’ leadership and the younger players’ dominance was unstoppable.

“Hopefully we’ve left a legacy with the younger players where they now can carry that torch,” Bird said.

Team USA coach Dawn Staley — who announced after the game she would step down after being a part of all seven golds as a player and coach — played Bird and Taurasi long minutes in their farewell.

Although it was tiring against a Japanese offense that really forces opposing guards to cover space, Taurasi was very effective in feeding the post and racked up eight assists with seven points and eight rebounds.

Despite all that, Japan was down just six late in the first quarter and was within single-digits in the third quarter. Team USA’s size bothered Japan’s defense on the outside, and they weren’t able to generate as many good outside looks as normal.

Japan, which came into the tournament ranked No. 10 in the world and was pleased with their silver medal showing, was led by captain Maki Takada’s 17 points.

“It’s always really difficult to win a gold medal, and this year was even harder,” Bird said. “To deal with all the same adversity every else was dealing with and never let it get us down. I’m happy. That’s it.”