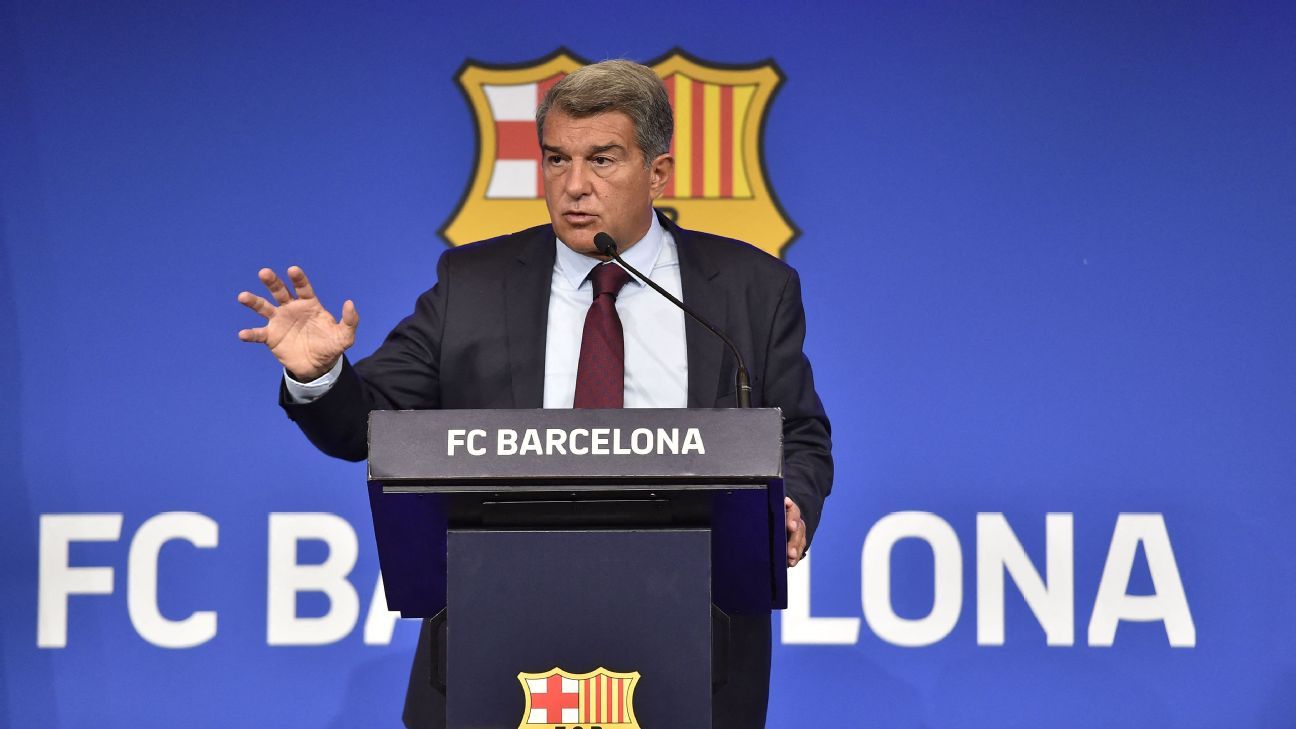 Barcelona president Joan Laporta has said he doesn’t want to generate false hope over the chances of Lionel Messi returning and added that no one is bigger than the club.

It was announced on Thursday that Messi, a free agent since his contract with Barcelona ended June 30, will not rejoin the club. Speaking at a news conference on Friday, Laporta said that negotiations with Messi have ended.

“I don’t want to generate false hope,” Laporta said. “During the course of negotiations, we’ve known of other offers for Messi. There was a time limit, for us and for them, because they need time. The leagues are starting.”

In an answer to another question about signing a big-name replacement for Messi, Laporta added, “I don’t want to generate false hope. Negotiations with Messi have ended, and it’s brought us here without an agreement because of the salary limit. And LaLiga is not flexible in terms of widening that limit, they would only do so if we mortgaged off broadcast rights in the deal with CVC.

“That wasn’t the only element of that deal we didn’t like, either. We had an agreement with Leo, but we can’t register him.

“Leo wanted to stay, so he’s not happy. We all wanted him to stay, so he now is like us, facing the reality. A reality that can’t be changed. He knows that I wish him the best wherever he goes, and Barca is always his home.”