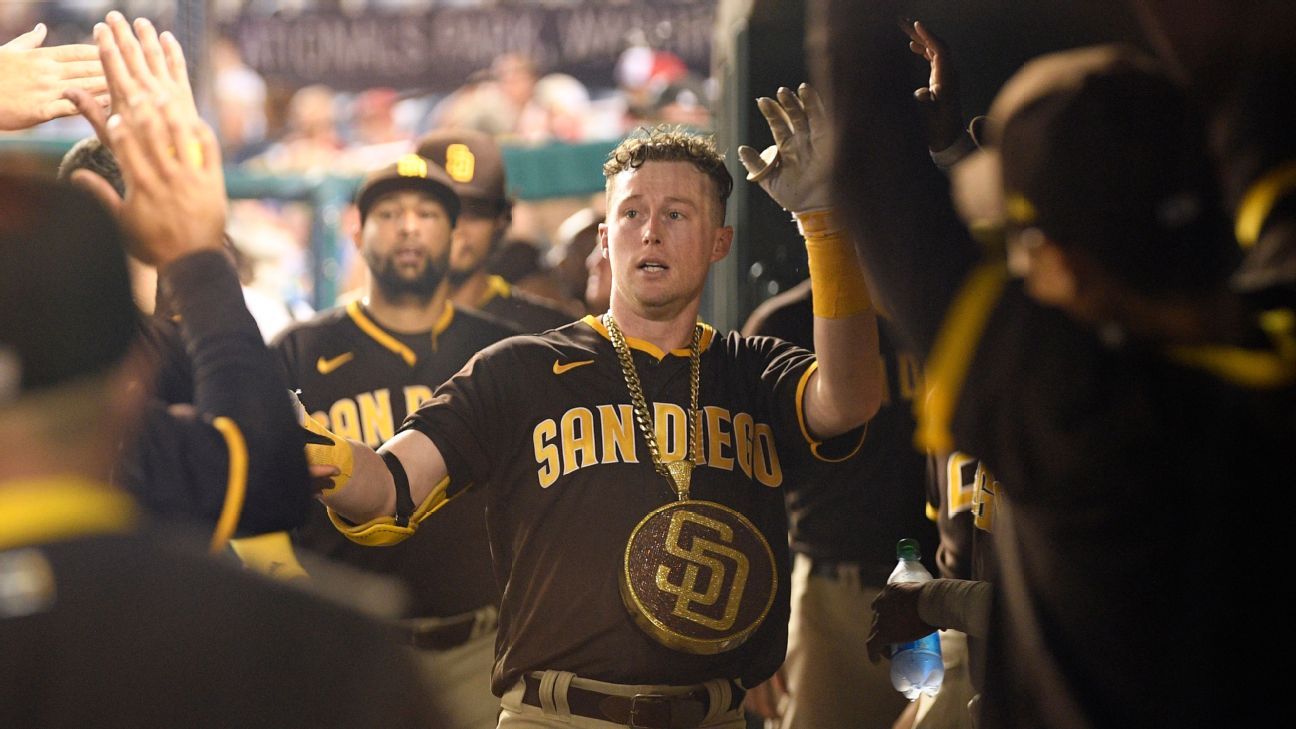 WASHINGTON — San Diego Padres second baseman Jake Cronenworth hit for the cycle for the first time in his major league career as his team blew out the Washington Nationals 24-8 on Friday night.

After lining out in the first inning, Cronenworth had a two-run double in the second, an RBI triple in the third, a solo homer in the fifth and an infield single against the shift in the sixth. Jurickson Profar replaced him at second base in the bottom of the seventh.

The Padres, who finished the first half of the season by losing two of three to the Colorado Rockies, had 22 hits against seven Washington pitchers and set a franchise record for runs. San Diego scored in every inning except the seventh, as the Nationals allowed the most runs since the franchise moved to Washington in 2005.

“That was just as relentless up and down the lineup I’ve seen our crew,” Padres manager Jayce Tingler said. “The discipline in the zone, just the grinding ability, making them come to the zone, laying off pitches out of the zone. That, for an extended period of time was as nasty as I’ve seen our group.”

Highlighted in the barrage were two homers from Wil Myers, including a grand slam in the second inning. Tommy Pham had four hits, including a homer, and scored five runs.

Cronenworth’s cycle was the third in Padres’ history, following Matt Kemp (2015) and Myers (2017). Charlie Blackmon of the Rockies is the only other player to hit for the cycle against the Nationals, accomplishing the feat on the final day of the 2018 season.

“Just tried to put something in play hard,” Cronenworth said of his at-bat in the sixth that clinched the cycle. “I know I didn’t put it in play hard, but I put in play and … some luck involved and I guess that’s how you put that one together.”

Cronenworth said he twice fell a single short of the cycle while in the minors.