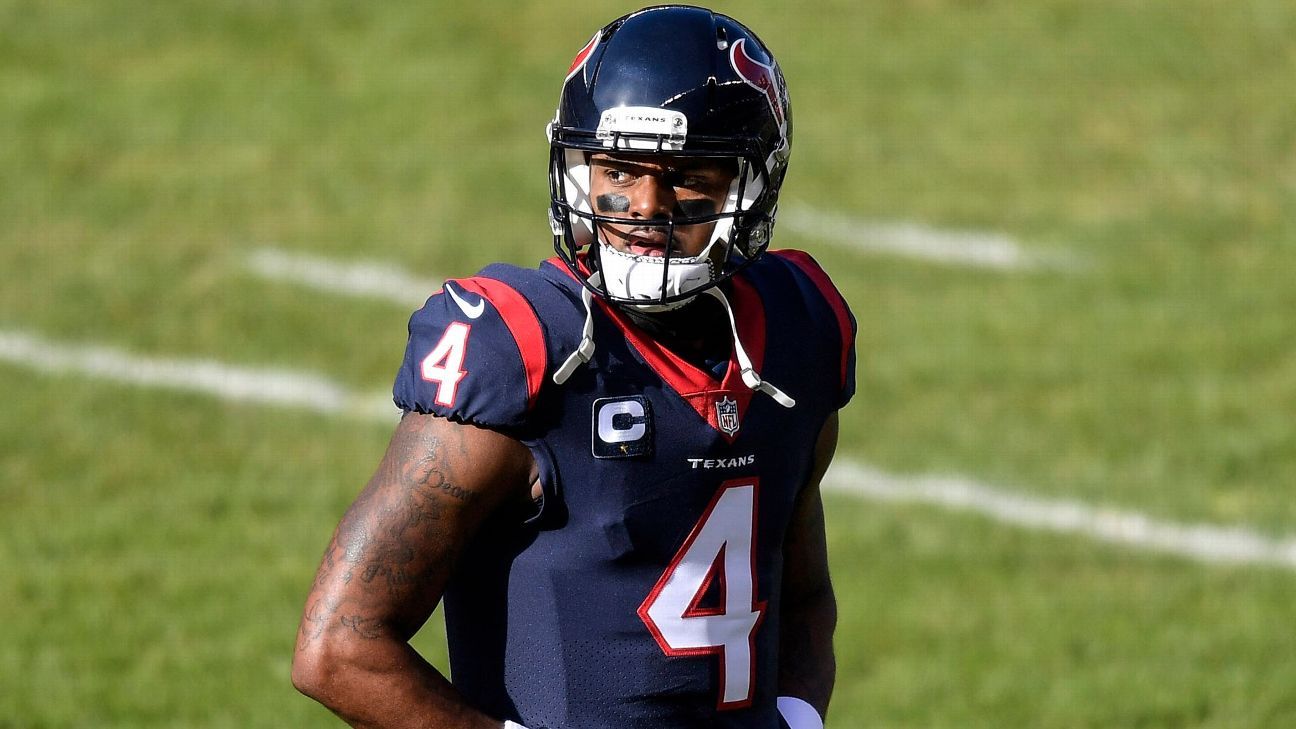 Deshaun Watson, who had requested a trade from the Houston Texans before multiple lawsuits alleging sexual assault and inappropriate behavior were filed against the quarterback, wants to join the Denver Broncos, former teammate Kareem Jackson said on a podcast.

“I’ve got a great relationship with Deshaun,” Jackson, who plays for the Broncos, told former NFL player Aqib Talib on his “Catchin’ Fades” podcast. “I’ve been talking to him the last couple of weeks, man, and like, all he’s been telling me is like, ‘Jack, just tell ’em, like, that’s where I want to be.’ … He’s like, ‘I want to be in Denver.'”

Watson hasn’t shown up for Houston’s voluntary organized team activities. The Texans on Wednesday canceled their June 15-17 mandatory minicamp, meaning Watson can’t be fined for missing any spring workouts because nothing was mandatory.

He would have been subject to a $95,877 fine if he had missed a mandatory three-day minicamp.

Teddy Bridgewater and Drew Lock on their roster, while Houston has Tyrod Taylor and Davis Mills.