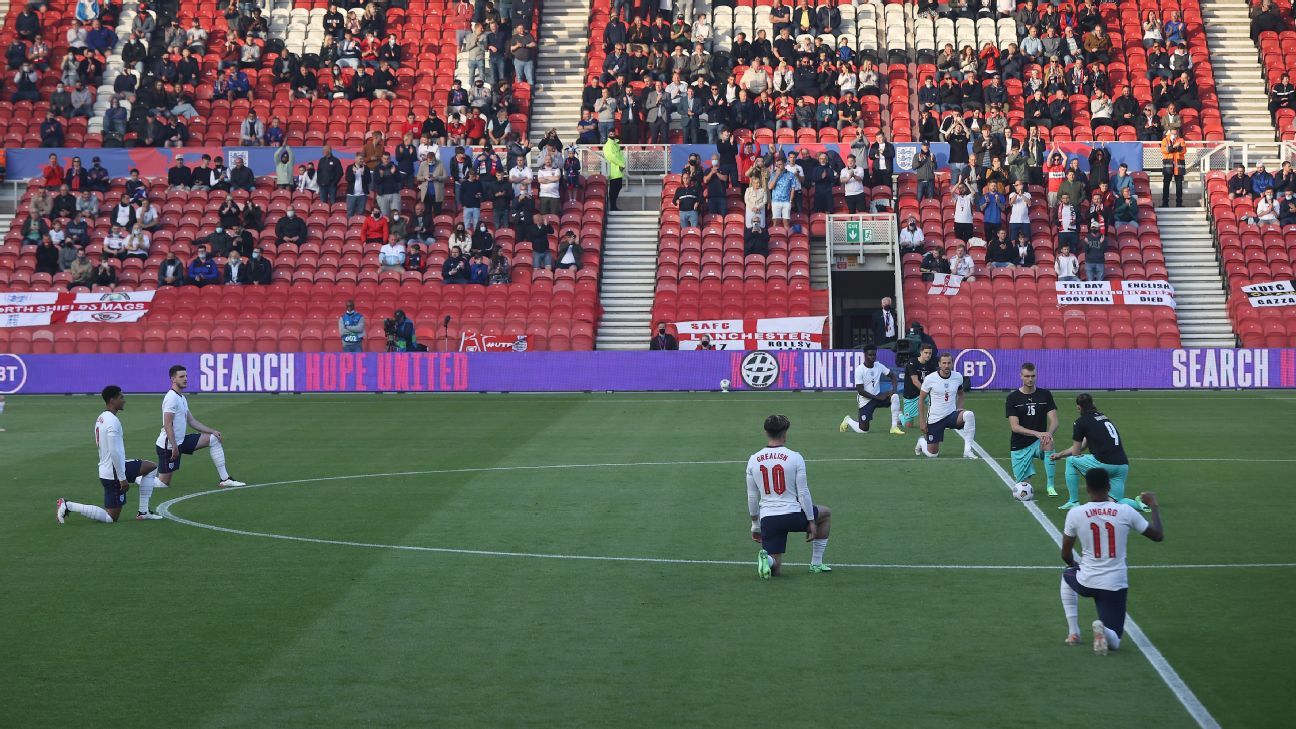 England coach Gareth Southgate has said some fans do not understand the message behind players taking a knee before matches after the gesture was booed ahead of Wednesday’s 1-0 friendly win over Austria.

Around 7,000 fans attended Middlesbrough’s Riverside Stadium for the Euro 2020 warm-up, and jeers could be heard from sections of the crowd before they were drowned out by applause from other supporters.

Players have been taking a knee before kickoff in support of the Black Lives Matter movement, but Southgate said some fans view it as a “political stand” they do not agree with.

“I was pleased it was drowned out by the majority of the crowd, but we can’t deny it happened,” Southgate said.

“It’s not something on behalf of our Black players that I wanted to hear, because it feels as though it is a criticism of them.

“I think the majority of people understand it. Some people aren’t quite understanding the message and I suppose we are seeing that across a number of football grounds at the moment.”

England’s Jack Grealish said none of the players were happy about the booing.

“I think that will get talked about in the next few days,” he told Sky Sports. “It’s a thing we don’t want in football in general and especially in our games.”