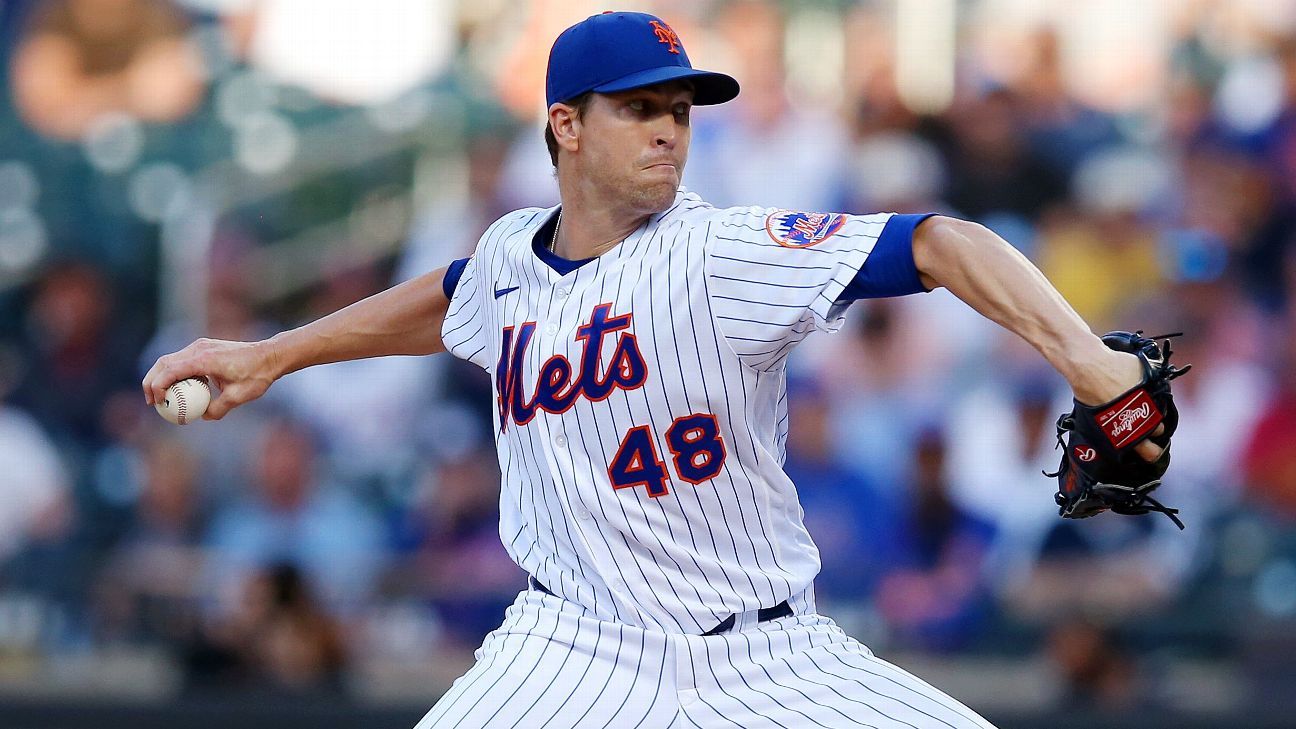 DeGrom, 32, struck out eight of the nine batters he faced while driving in a run with an RBI single in the second inning. He threw 51 pitches and was replaced by Sean Reid-Foley.

In his previous start last Friday, deGrom left against the San Diego Padres after six innings with flexor tendinitis in his right arm.

In addition, deGrom has exited starts this season with shoulder and side issues. He also skipped a start because of back tightness.

DeGrom’s three shutout innings lowered his ERA to 0.54 — he has given up only four earned runs — while his RBI gave him six on the season. He has 111 strikeouts in 67 innings.