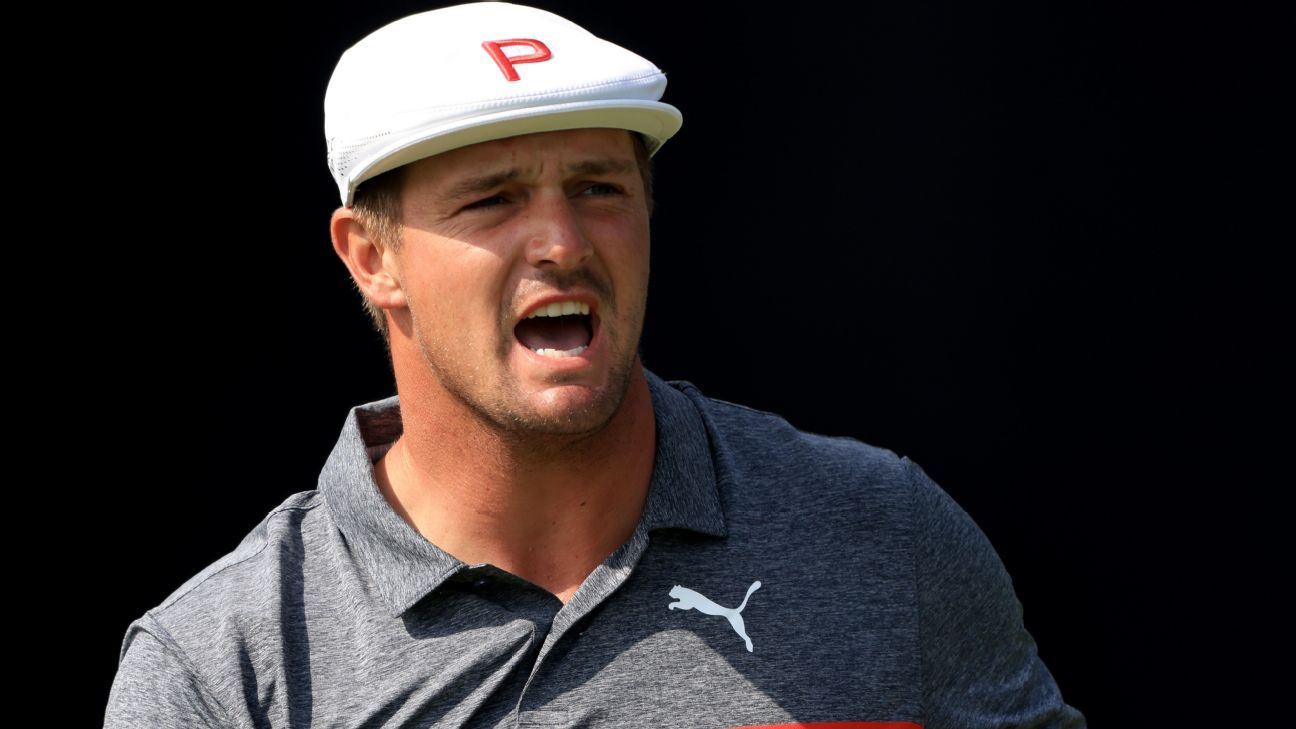 SAN DIEGO — The USGA wouldn’t pair Bryson DeChambeau and Brooks Koepka in the first two rounds of the U.S. Open, but DeChambeau still found a way to needle his rival Thursday.

After Koepka finished his opening round on the South Course at Torrey Pines, DeChambeau was walking to the No. 1 hole to tee off as part of the afternoon wave of players.

DeChambeau noticed that Koepka was being interviewed by the Golf Channel’s Todd Lewis, so he decided to videobomb it. DeChambeau jumped and waved his left arm over a fence behind where Koepka was standing. His stunt was captured on camera.

After his round ended late Thursday, DeChambeau said he was only trying to have fun with Koepka, who earlier this week told reporters of their relationship: “We just don’t like each other.”

Russell Henley and Louis Oosthuizen in a first round suspended due to darkness.

DeChambeau, the reigning U.S. Open champion, needed a birdie on the par-5 18th hole to salvage a 2-over 73.

DeChambeau, who won the U.S. Open by 6 shots at Winged Foot in September to claim his first major championship, hit only 7 of 14 fairways and 10 of 18 greens in regulation.

It was a much easier day for Koepka.

According to ESPN Stats & Information, he now has 32 rounds in the 60s at majors since 2017, which leads all players during that span (and is seven more than anyone else). He has shot in the 60s in each of his last six rounds at the U.S. Open, the longest streak in tournament history (he didn’t play at Winged Foot because of injuries).

Koepka said his recipe for success in the U.S. Open is simple.

“I’ve just got a good game plan, focused, I know what I’m doing, and I don’t try to do anything I can’t,” he said. “It’s just all about discipline in a U.S. Open. That’s I guess the gist of it.”