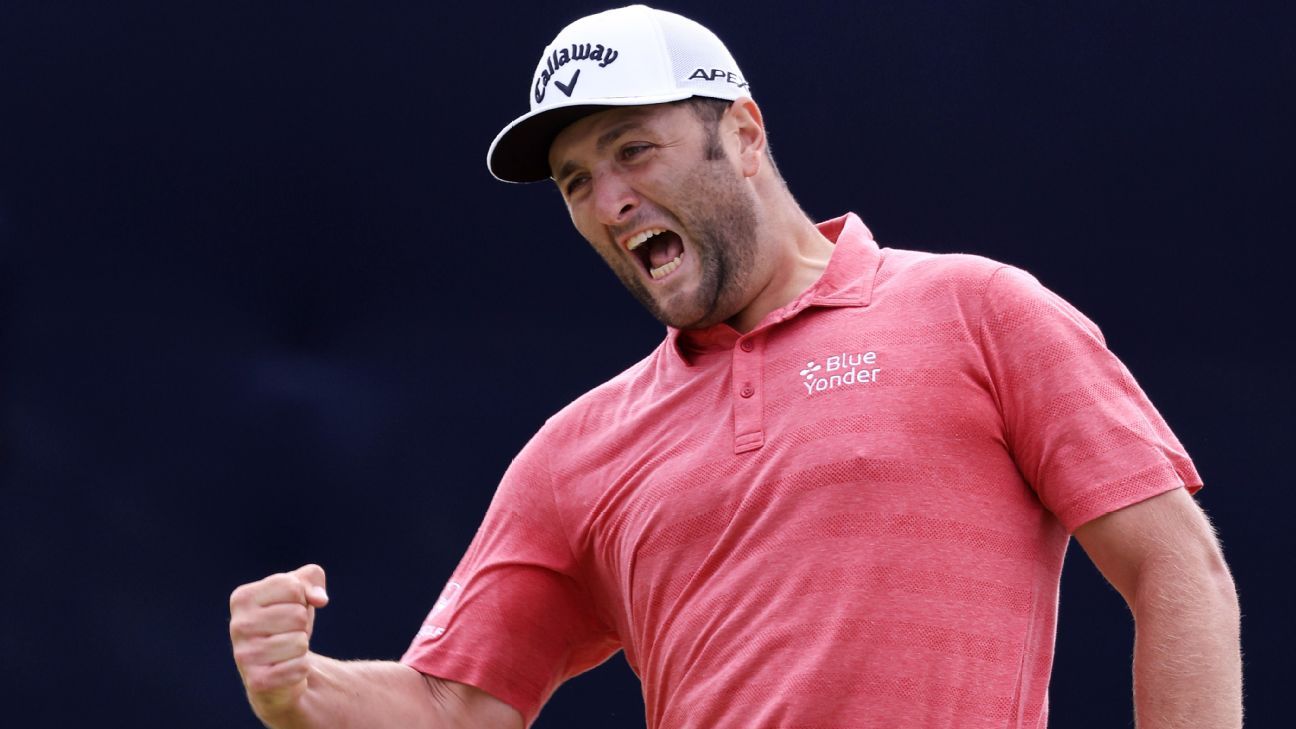 SAN DIEGO — Whether it was destiny or karma was of no relevance to Jon Rahm. He won the U.S. Open on Sunday at Torrey Pines, the perfect time and the perfect place to become a major champion.

How it unfolded was beyond his dreams.

One shot behind and running out of holes, Rahm made a sweeping, left-to-right birdie putt from 25 feet on the 17th hole to tie for the lead, and closed with another bending 18-foot birdie putt that gave him a one-shot victory over hard-luck Louis Oosthuizen.

No one had ever birdied the last two holes to win the U.S. Open by one shot in the previous 120 editions of the toughest test in golf until Rahm’s storybook finish.

“It had to happen in a beautiful setting like this,” he said.

No one was immune from trouble. Oosthuizen, who had a two-shot lead after his 30-foot birdie putt on No. 10, was the last to fall.

Trailing by one shot, Oosthuizen drove into the canyon left of the 17th fairway for a bogey that left him two shots behind, and then he missed the fairway on the par-5 18th that kept him from going for the green for a look at eagle to force a playoff.

He settled for a birdie and a 71. It was his second straight runner-up in a major, and his sixth silver medal since he won the British Open in 2010 at St. Andrews.

Only two weeks ago, Rahm was on the cusp of another big win. He tied the 54-hole record at the Memorial and had a six-shot lead, only to be notified as he walked off the 18th green that he tested positive for the coronavirus and had to withdraw.

Worse yet, his parents had flown in from Spain to see their new grandson, and Rahm was in self-isolation and couldn’t be there for a special moment.

Sunday made up for it. His parents were at Torrey Pines to witness a world-class performance capped off by one of the great finishes in U.S. Open history.

“I’m a big believer in karma, and after what happened a couple weeks ago, I stayed really positive knowing good things were coming,” Rahm said. “I didn’t know what it was going to be, but I knew we were coming to a special place.

“I just felt like the stars were aligning, and I knew my best golf was to come.”

For so much of the back nine, it was utter chaos with blunders that can define a U.S. Open.

DeChambeau, trying to become only the fourth player since World War II to win back-to-back in the U.S. Open, took the lead with an 8-iron that stopped inches away from a hole-in-one on the par-3 eighth. But a series of ill-timed bogeys gave him a 44 on the back nine for a 77 on the day.

Rory McIlroy wasn’t immune, either. With a chance to end his seven-year drought in the majors, McIlroy made a careless three-putt for bogey on the 11th when he was one shot behind, and then caught a bad lie in the bunker that led to double bogey on No. 12.

Rahm’s passion was on a full display when those winning putts dropped. When it was over, he never looked more at peace with that U.S. Open trophy at his side.

“This one is very, very incredible, very hard to believe, that this story can round up and end up so good,” he said. “It almost feels like it’s a movie that’s about to end and I’m going to wake up soon.”