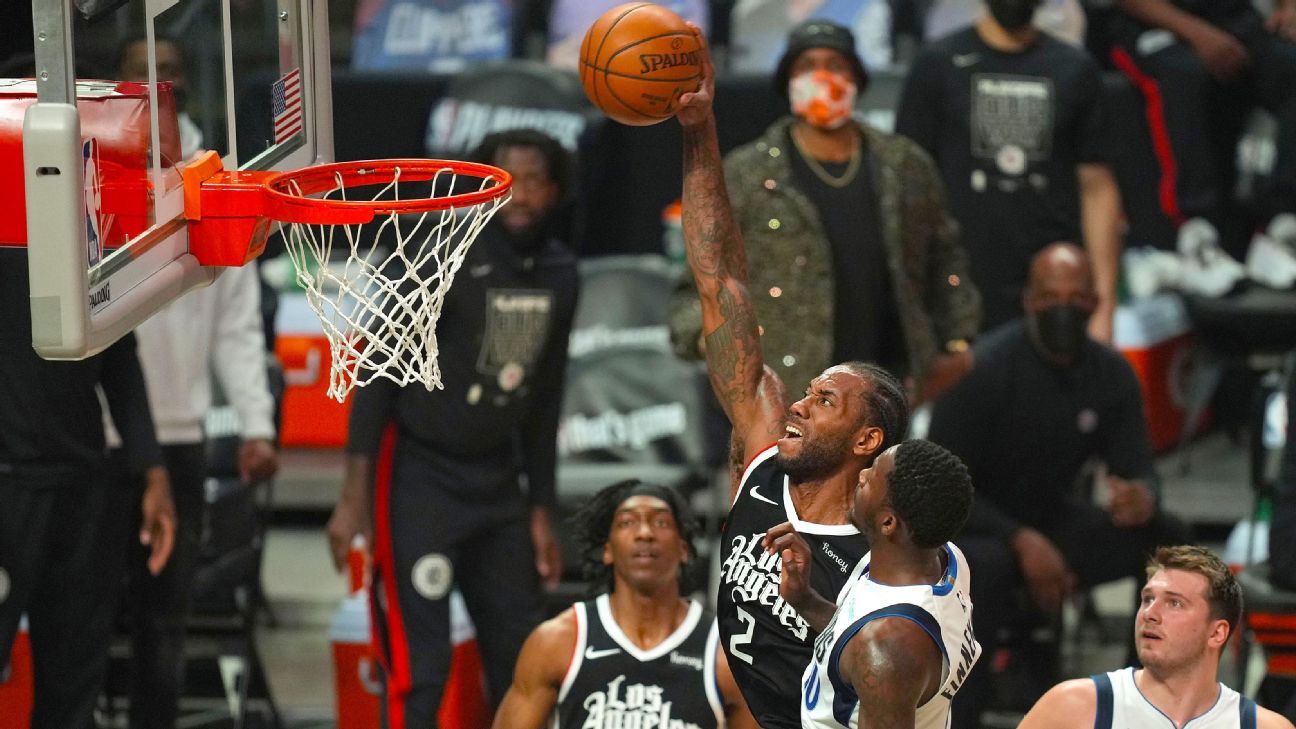 LOS ANGELES — As a 19-point fourth-quarter lead shrunk to seven with two minutes to go and anxiety began to spread at Staples Center, Kawhi Leonard got the kind of help he did not get last year in Game 7.

Leonard assisted on two straight 3-pointers from Reggie Jackson and Marcus Morris Sr., sealing the LA Clippers’ 126-111 victory over the Dallas Mavericks in Game 7 of their Western Conference first-round series on Sunday.

Nearly nine months after suffering an embarrassing Game 7 defeat in the bubble, the Clippers are returning to the Western Conference semifinals to face the top-seeded Utah Jazz by exorcising some of their playoff demons. They overcame yet another spectacular performance from Luka Doncic with a 30-6 run in the second half to advance to the second round.

This time, the Clippers pulled off their own playoff comeback, staving off elimination by beating the Mavericks two games in a row.

Leonard and Doncic engaged in an incredible first-round duel, and both stars rose to the occasion in Game 7. Leonard set the tone once again for the Clippers and just missed a triple-double with 28 points, 10 rebounds and nine assists. Doncic finished his second postseason with 46 points, 14 assists and seven rebounds.

The Clippers, who also got 22 points and 10 assists from Paul George, managed to finally break through and become the only team to win at home in this entire series. The road team won the first six games in the series, marking the first time that has happened in NBA playoff history (excluding last year’s games in the bubble), according to the Elias Sports Bureau.

The Clippers entered this game probably feeling like they were fighting history. They were just 3-5 all time in Game 7s entering Sunday, dropping their previous three by an average of 13.7 points per game, according to data by ESPN Sports & Information.

And of course, they still could taste the sting of last year’s second-round series loss to the Denver Nuggets, in which they blew a 3-1 series lead in spectacular fashion.

That embarrassing exit for a team that was built to win a championship was a driving force entering this season. But the Clippers dropped the first two games of this series at home and then lost Game 5 at home again to face elimination in Dallas in Game 6.

Leonard delivered perhaps his best all-around performance as a Clipper with 45 points and timely defense on Doncic to force Game 7.

The Clippers led 70-62 at halftime with 13 points apiece from Leonard, George and Terance Mann.

Dallas opened the second half with a 19-6 run and led 81-76. But Morris (23 points) rose to the occasion. With the Lakers’ Markieff Morris, his twin brother, watching from the front row, Marcus Morris buried two of his postseason career-high seven 3-pointers to spark a 30-6 run that gave the Clippers a 106-87 lead with 9:20 remaining.

Dallas cut the deficit to 114-107, but Leonard found Jackson and Morris for 3-pointers to set off a celebration at Staples Center.