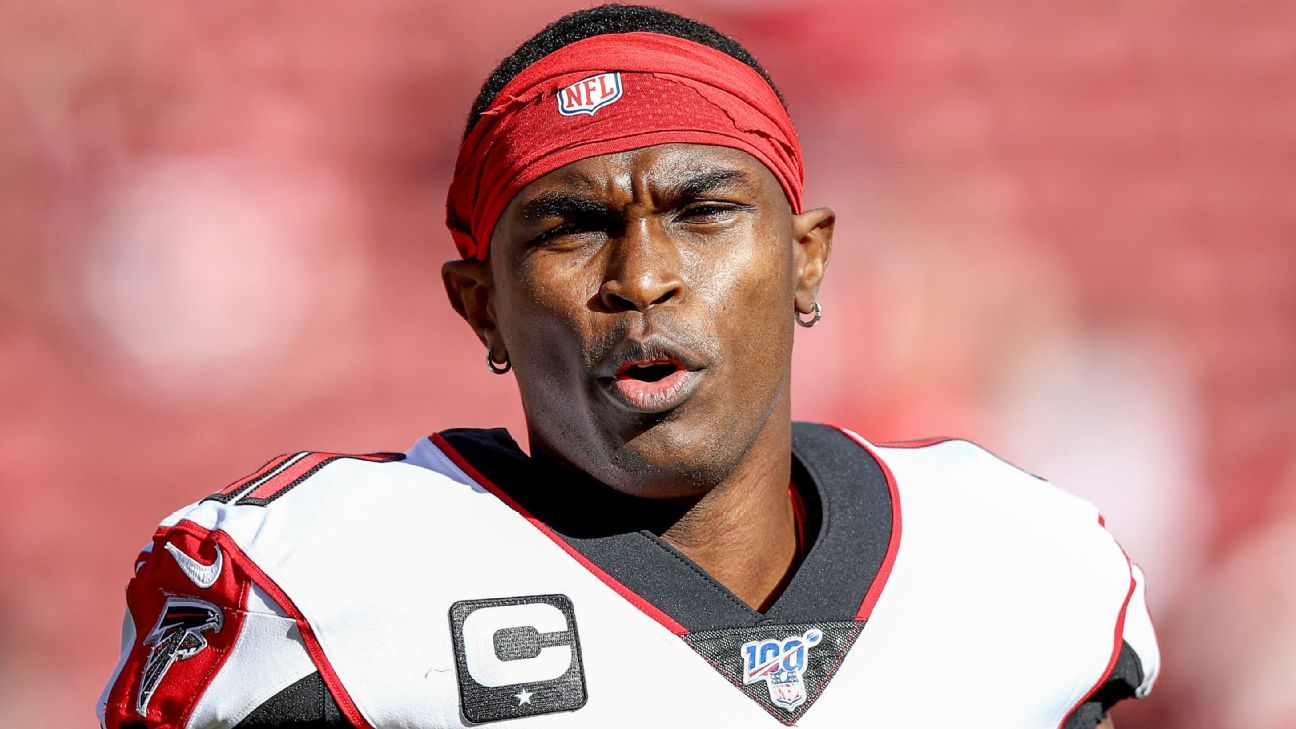 As the Falcons continue to field calls from teams interested in trading for Julio Jones, the Seahawks have had discussions about a possible trade with Atlanta for the wide receiver, sources told ESPN’s Dianna Russini.

Seahawks quarterback Russell Wilson and Jones have been in touch, having phone conversations to discuss the possibility of playing together, Russini reported.

The rumor mill around Jones began last month when general manager Terry Fontenot told reporters his team would be taking calls about the All-Pro receiver. Then, on Monday, Jones said “I’m outta there,” when asked about the Falcons in a telephone call with FS1’s Shannon Sharpe on the network’s “Undisputed” show. It is unclear whether Jones knew the phone call was being televised.

Jones, 32, requested a trade from the Falcons at the beginning of the offseason in March, but the organization was trying to protect him and work quietly behind the scenes, a source told Schefter, and has been talking to other teams for weeks. The Falcons prefer not to trade him in the NFC but would do so for the right price, the source said.

The Tennessee Titans have also discussed a trade with the Falcons, but a source described the Titans’ chances of landing Jones as a “long shot” to Russini on Thursday.

It is likely that Jones will not be traded until after June 1 because of the salary-cap benefits for the Falcons. Jones, whose base salary of $15.3 million is fully guaranteed for this season, is scheduled to cost the Falcons $23.05 million against the cap in 2021 and has cap hits of $19.263 million in 2022 and 2023. If the Falcons move Jones after June 1, the move would offer Atlanta relief against the cap this season because the dead money owed to him would be split between this season and next.