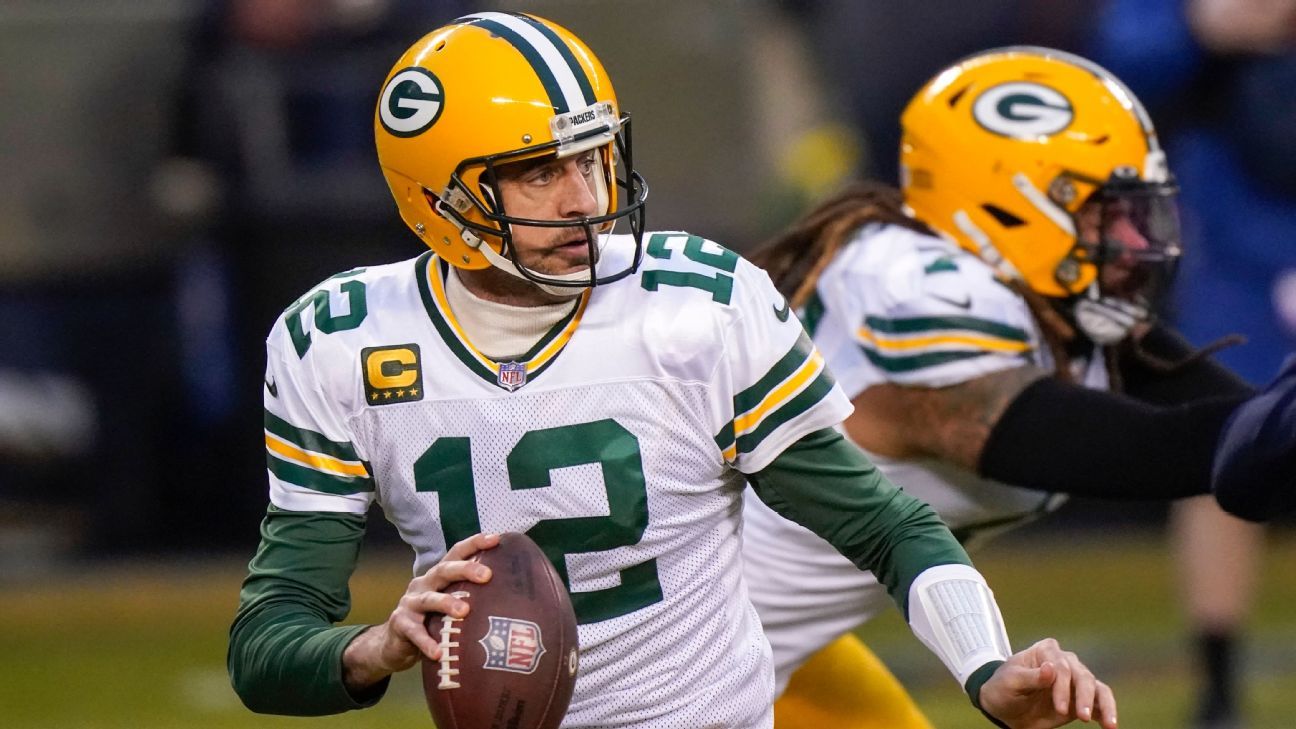 GREEN BAY, Wis. — Aaron Rodgers’ issue with the Green Bay Packers isn’t their drafting of quarterback Jordan Love but rather about an organizational philosophy that he believes has gone awry.

That’s the story Rodgers told Monday night in an appearance on SportsCenter to commemorate Kenny Mayne’s final show on ESPN. It was the first public explanation for how the standoff between him and his team reached this point.

While Rodgers admitted that things changed significantly last year when general manager Brian Gutekunst traded up to draft Love, Rodgers’ potential replacement, he suggested his beef was more with how Gutekunst handled it.

“With my situation, look it’s never been about the draft pick, picking Jordan,” Rodgers told Mayne. “I love Jordan; he’s a great kid. [We’ve had] a lot of fun to work together. Love the coaching staff, love my teammates, love the fan base in Green Bay. An incredible 16 years. It’s just kind of about a philosophy and maybe forgetting that it is about the people that make the thing go. It’s about character, it’s about culture, it’s about doing things the right way.”

Rodgers, 37, is coming off his third MVP award. He believes by playing so well last year — when he led the Packers to a 13-3 record and a berth in the NFC Championship Game for the second straight season — he altered the Packers’ plans to move on from him. Gutekunst has admitted that he should have communicated better with Rodgers before he traded up to take Love at No. 26 in the 2020 draft.

“A lot of this was put in motion last year, and the wrench was just kind of thrown into it when I won MVP and played the way I played last year,” Rodgers said during the interview. “This is just kind of, I think, a spill-out of all that. But it is about the people, and that’s the most important thing. Green Bay has always been about the people — from Curly Lambeau being owner and founder to the ’60s with [Vince] Lombardi and Bart Starr and all those incredible names to the ’90s teams with coach [Mike] Holmgren and Favrey [Brett Favre] and the Minister of Defense [Reggie White] to the run that we’ve been on. It’s about the people.”

Rodgers praised just about everyone except Gutekunst and the Packers’ front office. ESPN’s Adam Schefter had reported in April that Rodgers had become disgruntled with that part of the organization.

“I’ve been fortunate enough to play with a number of amazing, amazing people and got to work for some amazing people as well. It’s those people that build the foundation of those entities. I think sometimes we forget that.”

Rodgers confirmed ESPN’s report from earlier on Monday that he skipped the team’s first OTA session, but he declined to say how he wants the situation to end. While OTAs are voluntary, Rodgers will miss out on a $500,000 workout bonus tied to participation in the offseason program.

If Rodgers does not report for next month’s minicamp, he is subject to a fine of $93,085 ($15,515 for the first missed day, $31,030 for the second missed day and $46,540 for the third missed day). It would get even more expensive come training camp. There is a mandatory fine of $50,000 per day missed, plus one week’s regular-season salary for each preseason game missed.

If Rodgers wants Gutekunst removed as GM as a condition of his return, that appears unlikely to happen. The Packers have remained committed to Gutekunst, and he has remained insistent that he will not trade Rodgers, who has three years left on his contract.