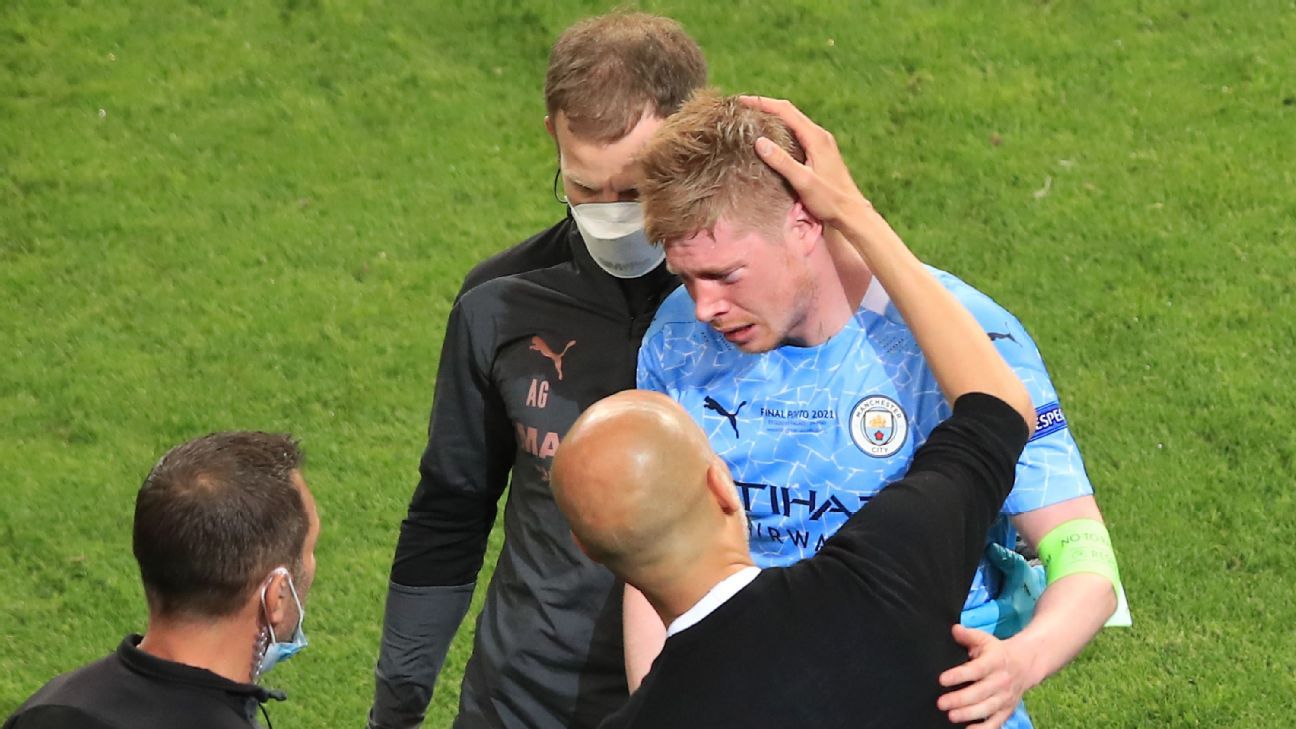 Kevin De Bruyne is in danger of missing the start of Belgium’s Euro 2020 campaign after sustaining a fracture to his nose and left orbital during Manchester City’s Champions League final defeat against Chelsea on Saturday.

The 29-year-old midfielder was forced out of the game in Porto on 60 minutes following a collision with Chelsea defender Antonio Rudiger which left De Bruyne with a heavily swollen eye and cheekbone. De Bruyne left the field in tears as he was taken to the dressing room for treatment.

De Bruyne was taken to hospital for a scan and X-Ray and prior to flying back to England with the City team on Sunday, he tweeted an update on the severity of his injury.

“Hi guys just got back from the hospital,” De Bruyne said. “My diagnosis is acute nose bone fracture and left orbital fracture. I feel OK now. Still disappointed about yesterday obviously but we will be back.”

Sources said that the injury is unlikely to force De Bruyne to miss the entire tournament, with the former Chelsea player able to play with a facial mask to protect the injured area.

However, De Bruyne’s chances of playing in Belgium’s opening game are in the balance until his state of recovery is assessed closer to the fixture. Belgium coach Roberto Martinez has given De Bruyne a week’s extra rest due to his Champions League commitments, so the forward is due to report for training on June 7.