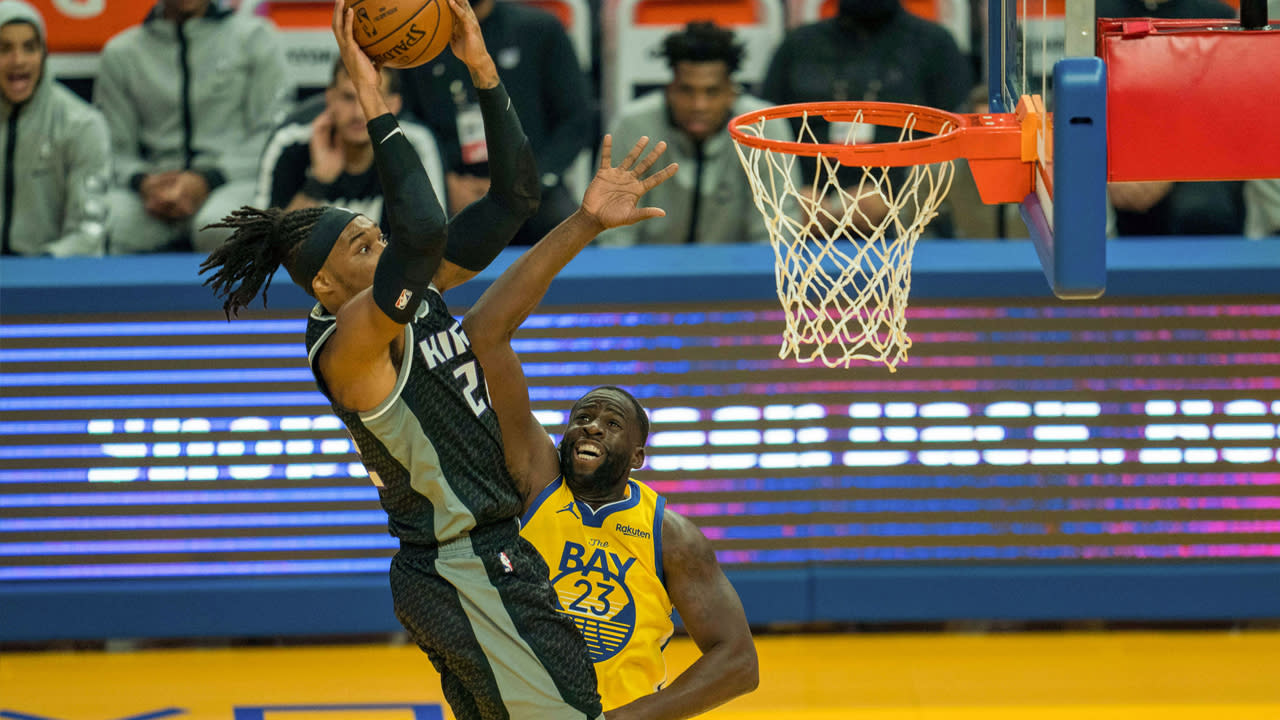 Although successive wins with pyrotechnics, a Steph Curry nuclear night followed by the squad draining 3-pointers like layups, surely invigorate the fan base, the Warriors realize such sexy performances are little more than a tease.

Such fireworks come and go, and they’ll never be enough to fulfill the desire of a team with a core that has experienced the biggest thrill in team sports.

To really have a chance to get what they want, beginning with a playoff berth, the Warriors have to focus on the subtly gorgeous component behind the eye candy.Defense. The dirty part of the game. The element that invariably is the bedrock of success.

“That has to be the identity of this group,” Draymond Green said late Monday night, after a 137-106 throttling of the Kings.

“Our identity is defense, which leads to our great offense,” Kelly Oubre Jr. said.

The Warriors came out and held the Kings to 22.2 percent from deep and 31.7 percent overall in the first half, with those numbers eventually bumping up to 28.6 percent and 37.8. Still remarkable.

This was barely 24 hours after Golden State limited the potent Portland Trail Blazers to 32.6 percent shooting from deep and 41.8 percent overall in a 137-122 victory.

“When we’re defending like that, we can get easy buckets on the other end,” Green said. “As we continue to figure each other out offensively, figure out where shots are coming from, the one thing we can be consistent on is our energy and effort on the defensive end.

“These last two games were a good step in the right direction for us and now we’ve got to make sure we continue to build on that.”

It’s not a coincidence that the defense, which was worst in the NBA through the first four games, improved once Green came off the injured list. He admits his debut Friday night in a loss to the Blazers was unacceptable. Green rectified that in the last two games.

He’s barking out signals, pointing out positioning, passing along tendencies — all the things he did during the glory years.

“Having Draymond back has been great for our energy, our intensity and our communication,” Kevon Looney said.

“He’s the best defensive player in the world,” coach Steve Kerr said. “He’s been doing this for a long time. He impacts the game so dramatically and then on offense he gets us organized. He’s kind of our point forward in a lot of ways and the leader of our team. The first few games we desperately missed him.

“It just feels like, now with both Draymond and James Wiseman having had a couple of weeks of work here, this feels like the start of the regular season.”

Wiseman, still only 19, as he will be for another three months, is becoming a defensive factor. The 7-foot center blocked two shots each of the last four games and, moreover, is neutralizing his assignment.

Oubre, however, is the perfect watchdog to pair with Draymond. Both love defense. Both bring a fiery disposition. They are as similar mind as they are in spirit.

“My first year in Washington, I played with John Wall and he is what we consider a ‘dawg,’ ” Oubre said. “Draymond is by far the most ‘dawg’ that I have ever played with. I’m really excited to continue to grow with him.”

Draymond understands that as well as anyone, and better than most, that scoring can be pretty intoxicating and enough to win a lot of games. He also knows scoring is inherently variable. Nobody, not even Curry, is going to drop 62, or even 40, every night.

Defense? Well, that’s something every able body should be able to bring. It should be a constant.

Without it, there are not enough beautiful 3-point shots to give a team a decent chance at being better than mediocre.