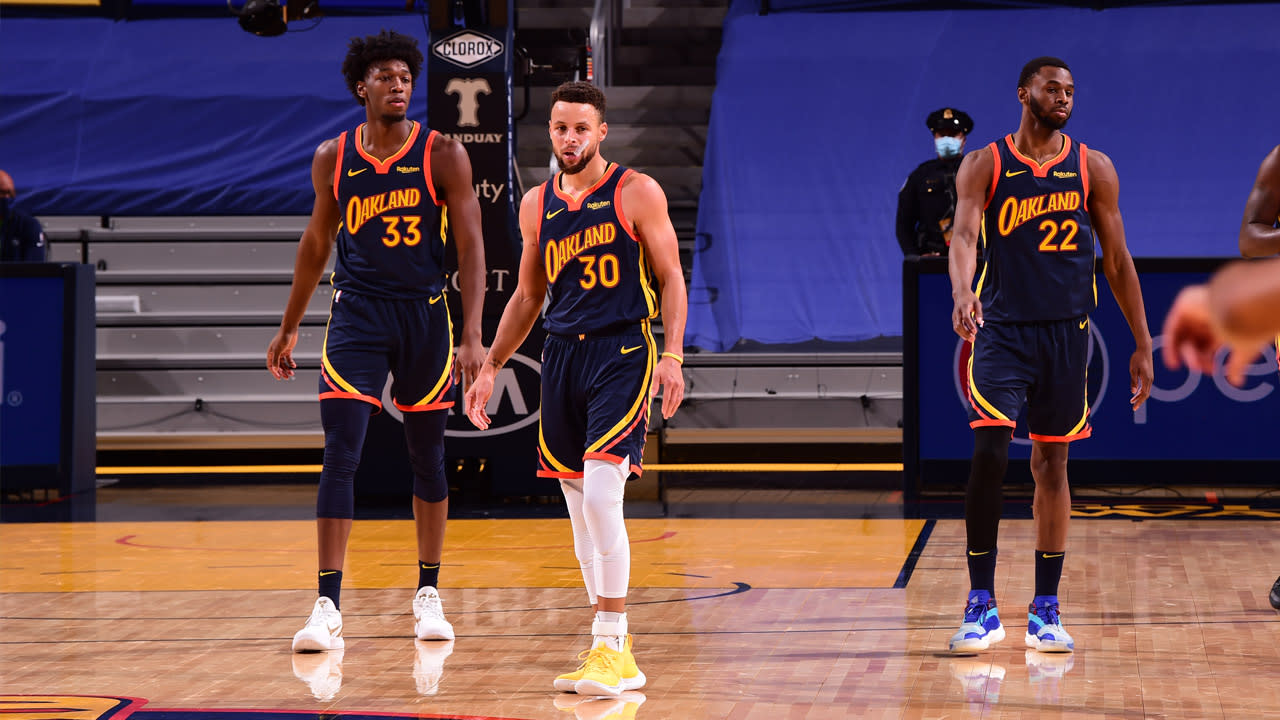 Steve Kerr knew a change was necessary after 16 games. The Warriors’ defense hasn’t performed up to par, and the starting lineup’s struggles played a big role in recent losses to the New York Knicks and Utah Jazz.

So, on Monday, Kerr chose to move rookie center James Wiseman to the bench in favor of veteran Kevon Looney and the move paid off in Golden State’s 130-108 win over the Minnesota Timberwolves. While the results overall were nothing spectacular, it was clear the insertion of Looney into the starting lineup helped the Warriors set an immediate defensive tone and helped them build an early 12-point lead that was stretched to 17.

After the game, Steph Curry lauded how 19-year-old Wiseman handled being sent to the bench.

“You know, overall this season is going to present a lot of opportunities, challenges, adjustments and it all depends on how you take it in stride,” Curry said after the game. “For a young guy like that to see it the right way, it means a lot. I told him that in the locker room after the game. It’s not a guarantee that in this league guys are going to handle it the way he did and will continue most likely. Obviously, Loon is experienced, has been around, understands our defensive principles really well and played extremely well in terms of shoring up the paint.

“James is going to continue to develop, continue to be productive in his minutes no matter when they come and learn what he needs to learn on the fly. That’s for all of us because it’s a new kind of situation this year and we all have to be ready for whenever your number is called or whatever adjustments we make on a night-to-night, week-to-week, month-to-month basis.”

Wiseman scored 13 points on 4-of-5 shooting off the bench, grabbed four rebounds and blocked two shots. He was the Warriors’ leading scorer off the bench and viewed his move to the reserve unit as a learning experience.

“I look at it as a learning experience, and it’s not nothin’ bad at all,” Wiseman told reporters. “[The coaches are] just trying to figure out the rotations and stuff, but everything’s coming together and I’m most definitely learning over there more [than when I started]. It’s really helping for my development as a basketball player, but as a person I’m not really worried about that because once I get in the game [I’m] able to impact it.”

Draymond Green, who has been mentoring Wiseman, lauded the way the rookie continues to develop early in his NBA career.

“I think every night he’s showing growth,” Green said. “Even on the nights where he doesn’t play as well, you know, every night I think he’s shown growth and he’s a much better player than he was five or six weeks ago. He’s getting better each and every time we step on the floor and that’s key.

RELATED: Matchups with T-Wolves allow Kerr to tinker with lineups

The move from Looney to Wiseman wasn’t a cure-all for what ails the Warriors. Golden State still turned the ball over 15 times and let the Timberwolves chip away at several big leads. Only a Curry blitzkreig in the fourth quarter truly slammed the door on the lowly Wolves.

Kerr said after the game that he thought the Warriors won “on talent alone.”

Looney’s insertion gave the starting unit a boost and buoyed the Warriors’ defense. Wiseman handled the move like a pro. The rookie’s NBA growth won’t be linear, but he’s impressed with both his on-court skills and maturity early on.

There’s no telling how long Kerr’s lab experiment will last. But the Warriors are 1-0 since the change and didn’t appear to ding Wiseman’s confidence in the process.