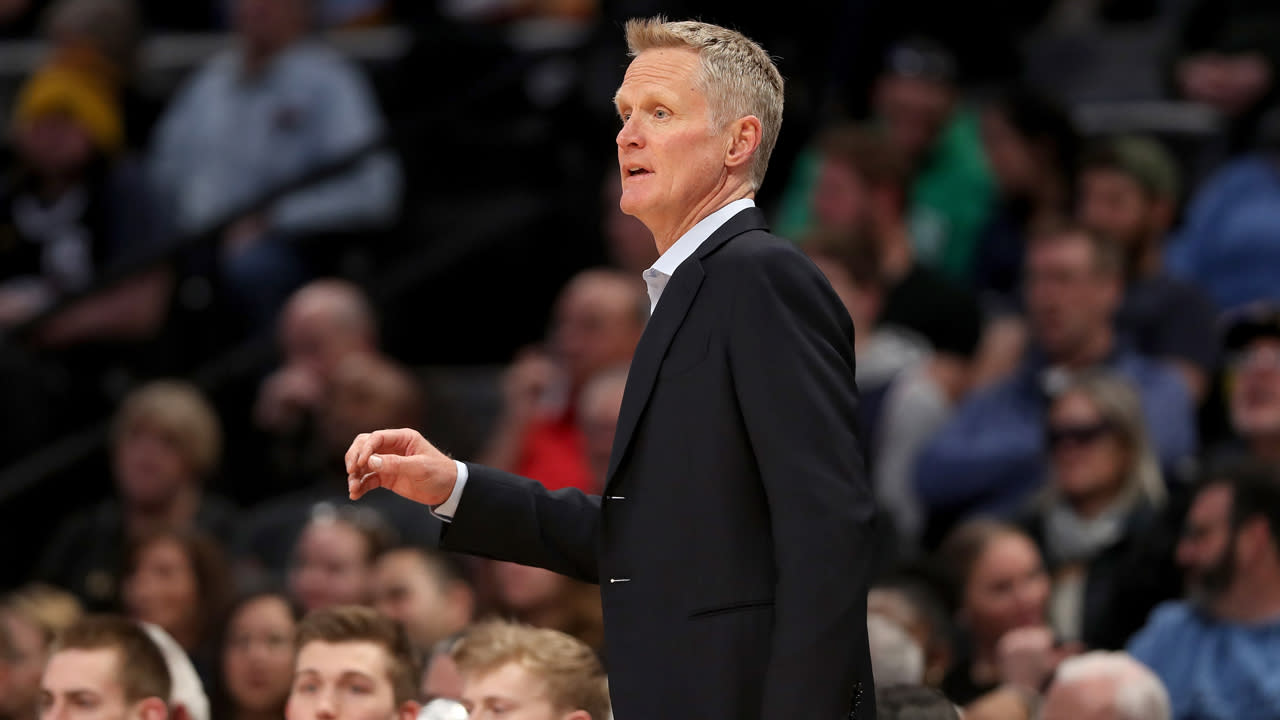 After pointing out the disadvantages caused by a nine-month layoff, an abbreviated training camp without Draymond Green and James Wiseman, and the intricacies of his preferred offensive system, Warriors coach Steve Kerr gazed at the shoddy first week of the season and turned his blame finger upon himself.

“Part of it is me adjusting to our personnel and having a better feel for how we should play,” he said Monday. “Part of it is I, frankly, haven’t done a great job of implementing things in an orderly fashion. And what I mean by that is I should have been probably simpler with what we were delivering right from day one.”

Kerr’s system relies on spacing, ball movement and players in motion. Stephen Curry is the sun around which his teammates revolve. As Kevin Durant described it during his time as a Warrior: “The offense is Steph. Steph is the offense.”

Durant, a nine-year veteran when he signed with the Warriors, was quick to grasp this. As were savvy vets Andre Iguodala and Shaun Livingston and Andrew Bogut and David West. As was Green, one of the most conceptually advanced players in the league.

This lack of familiarity explains why the offense had so many unsightly moments, and why Kerr is curbing on the concepts. He had made the mistake of zipping through the introductory phase hoping his roster was ready for the advanced level when it was not.

“It’s by far the biggest challenge that I’ve had and that our staff has had in in in this seventh season, Kerr said. “Nine months without playing and then, boom, a two-week training camp and play basketball – and your starting center hasn’t taken part in that training camp. That’s a lot to bite off. So, we have to adjust to those circumstances. And that’s what I’m finding that I’m doing myself.

“The other factor that I think is really interesting and important to understand is that Steph is a very unique player, and so the way we’ve played over the last six years – in some ways it’s sort of you know let’s create chaos and thrive out of chaos – that doesn’t happen in two weeks. And then most of these guys haven’t played with Steph.”

After two games in which the offense was brutal, with none of three projected scoring leaders – Curry, Wiggins and Oubre – performing well, Kerr was compelled to make changes.

“I probably tried to put too much detail in,” he said. “So, what I’m finding, especially given the time off, the nine months we had off and the fact that we’ve barely been together and it’s a very new team with Steph coming back – most of these guys haven’t played with Steph – I’m sort of figuring this out on the fly as well. So, I overloaded them the first couple of weeks.

“I think just simplifying things and getting to very basic play-calling but also basic concepts. . .. We talked about the drive-and-kick (Sunday) night. Andrew really changed the game offensively with the way he attacked and then kicked the ball into space. We’ve got to continue to emphasize those things and keep it simple.”

Which means, in addition to drive-and-kick creation, more pick-and-roll action involving Curry and either Wiseman or Green. More high-ball screens and dribble handoffs involving Curry with one of the big men.

It doesn’t mean completely shutting down the motion concepts. They won’t be, and can’t be, the staple until Curry’s teammates comprehend the rhythms of his off-ball game. Oubre, Wiggins and Wiseman are playing with someone unlike any teammate they’ve ever had.

“It’s not easy to understand how to recognize that stuff,” Kerr said. “Most of guys we brought in over the last six years, it took them two or three months to really feel comfortable.”

Curry, the best shooter on the roster, much less the NBA, sometimes is getting himself open without the ball finding him. The result is a lesser shooter, his mind clogged with foreign concepts, tossing the ball toward the rim.

This is how the offense looked in two blowout losses before showing signs of life and a last-seconds, 129-128 comeback win Sunday over a team that won’t sniff the playoffs.

The Warriors spent nearly two hours on video study and practice Monday in Chicago, before taking a flight to Detroit. Two years ago, it might have been 45 minutes and a trip to the airport.

Things are different this season, and everybody knows it. Kerr and his nine-man platoon of assistants needed to see how and where the offense went wrong before making an intelligent attempt to fix it.

It looked better on Sunday. It needs another month or more, though, to know its limits and even begin to add new wrinkles.