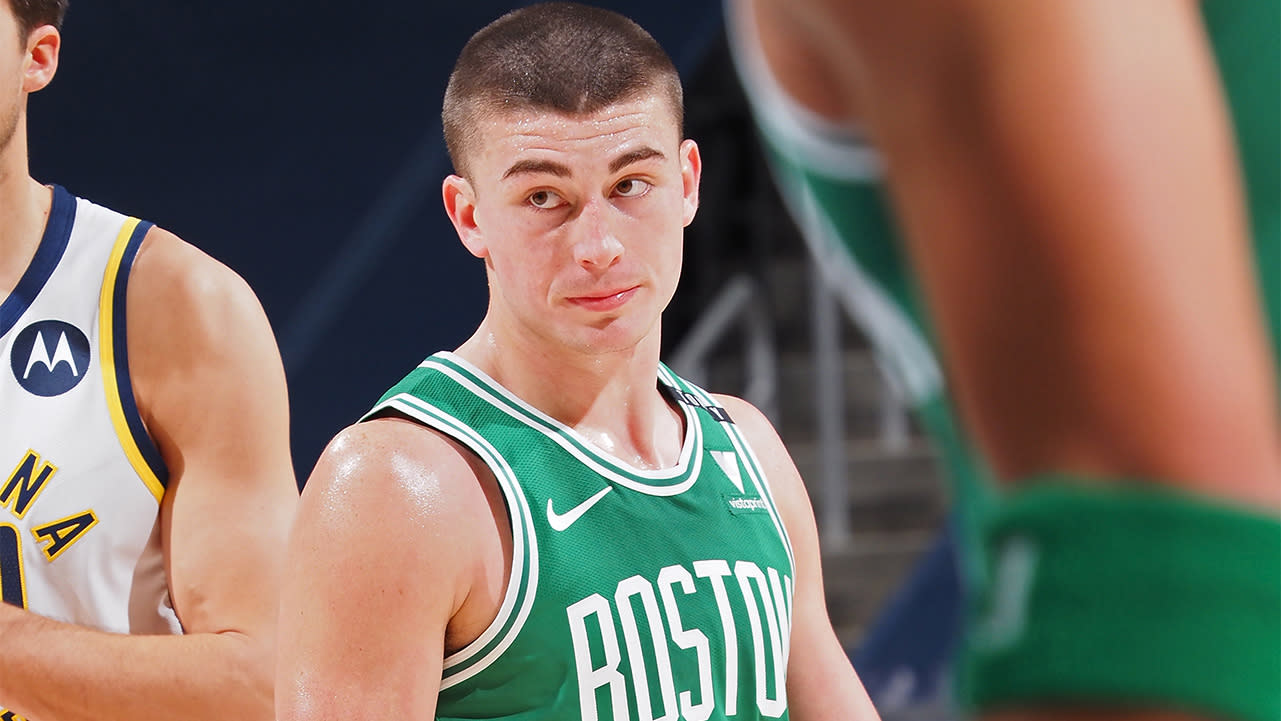 Payton Pritchard is already making a name for himself on the Boston Celtics. Literally.

The rookie out of Oregon delivered another strong effort Tuesday night, contributing 10 points, five rebounds and five assists in 27 minutes to help the Celtics beat the Pacers 116-111.

Pritchard is averaging 22 minutes per night and ranks sixth among all NBA rookies in total points (33), and his contributions have caught the eye of teammates like Jaylen Brown, who referred to the 6-foot-1 guard as the “G.O.A.T.” after Tuesday’s win.

Forsberg: How Pritchard has broken through the rookie wall

But Celtics star Jayson Tatum apparently has another name for Pritchard which he shared on his Instagram story Tuesday night:

Looks like Pritchard’s nickname is “8 Mile,” a nod to his vague resemblance to the movie’s main character, B-Rabbit (played by Eminem).

Apparently Pritchard didn’t hate it, writing “Lol appreciate it bro” on his Instagram story in response to Tatum’s shout-out.

Tatum and his teammates are one step behind Weird Celtics Twitter, though, which has already given Pritchard a nickname in “Fast PP.”

So, what will it be, Celtics fans? “8 Mile” or “Fast PP”? Celtics players seemingly have made their choice, but the fans may win out in this one.

In any case, Pritchard clearly is generating plenty of buzz in Boston as the No. 26 pick in the 2020 NBA Draft punches above his weight.